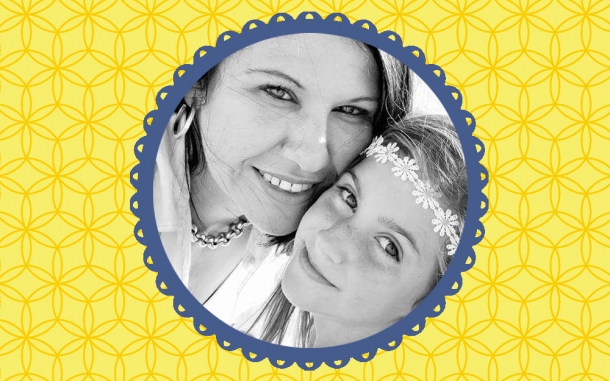 Is this your only child?
Yes

Diagnosis of child: I realised there was something wrong when Cailyn was 9 months old. We attended her cousin’s birthday party. When a balloon popped the babies started crying, but Cailyn carried on as if nothing happened…We were referred to an audiologist and eventually we went to Witbank Hospital where our journey of one test after another started. They found that Cailyn had no hearing in her left ear, but some hearing in her right ear. At that stage she had a severe ear infection which had to be cleared up before hearing aids could be fitted. After 3 months with grommits the infection was cleared, and the hearing aids could be fitted. Cailyn wore them for 3 years without success. Another series of tests were done at Pretoria Academical Hospital Steve Biko. The tests showed that her brain lobes didn’t develop normally which could affect her growth and could lead to learning difficulties such as dyslexia. Fortunately, none of this has transpired.

What are the biggest challenges facing your child on a daily basis?
Cailyn’s progress has been remarkable this past year. On a daily basis she is still learning to express herself in such a way that people around her understands her clearly. She tries hard but her pronunciation of words is still unclear.

What are the happiest moments you have with your child on a daily basis?
To see her shine is priceless! She is such a passionate, creative and bubbly girl. She is really my best friend.

Are you a single parent or married? Single

What has your child taught you about yourself, both positively and negatively? We are one, Cailyn and I. From the moment that I found out in 2006 that I was pregnant. My pregnancy as a single mother was not planned…but Cailyn was destined. She is my world and her personality shines so bright, she is unstoppable! During the third week of the pregnancy I found out that I had Rubella. The GP explained that my baby could be born deaf, blind or with Down Syndrome. He recommended that I terminate the pregnancy. “No. Nope…NO!” And when I think back to that moment I cannot imagine my life without my daughter. This child who exudes life! Now I realise that I am stronger than I ever thought. I would do everything I did for Cailyn again in a heartbeat. I definitely need to be more patient.

Are your family and friends supportive? My friends and family supported me throughout my journey with Cailyn.  We know that we are loved.

Do you take time out, if so what do you do to relax?
When I have time, I love visiting friends Action Netball is also something I like to play.

What has made the biggest difference to your child’s quality of life? When we received the news that Cailyn was a candidate for a cochlear implant. What an exciting new chapter! After I received the funding number from the University Of Pretoria, I immediately started raising funds to cover the enormous costs. We needed R180 000 for the device and R130 000 for the procedure. My life revolved around selling raffle tickets, hotdogs and curry and rice. This was for my Cailyn…I challenged businesses to contribute, Monique Steyn performed twice, at no cost to us, to raise funds. We even produced a DVD to spread the message (https://www.youtube.com/watch?v=TyhPr1XjZ8I).

In October 2011 Steve Biko Hospital informed me that they found a sponsor for the operation! Now I only had to pay for the device. The University of Pretoria confirmed that we had raised exactly R180 000! On 21 December 2011 the implanting procedure was carried out on Cailyn. A month later the device was attached. On 20 January 2012 Cailyn celebrated her last birthday with no hearing…and on 25 January 2012 the device was switched on…her little face when she heard the first sound! (watch this holy moment on https://www.youtube.com/watch?v=plB9Z23zn8A)

Cailyn’s ‘hearing world’ was so exciting. We couldn’t make enough noise and she received so many ‘noisy’ gifts. The audiologist recommended that Cailyn be brought up with hearing friends, but after a year and many speech therapist sessions I couldn’t see any progress. Cailyn attended grade R in the main stream at a school in George where we lived. I realised that she wasn’t ready to advance to grade 1 and I started searching for an alternative. The De La Bat school for the deaf in Worcester was the best option at that stage. It was heart breaking to send her to boarding school at the age of 6, but I couldn’t afford to stop working. I never stopped searching for the right place where Cailyn could be schooled in George as I longed to have my child with me.

In 2015 I found a learning centre in George where she could be tutored one on one. Unfortunately, this centre was not geared to work with a child with hearing, language and comprehension challenges. Although Cailyn was studying the Nukleus program she was not progressing. I heard about Legacy Centre, and Cailyn started there in January 2017. She receives intensive one on one tutoring in a familial environment and she is thriving! Her speech progressed more in a year than the past 4 years and she tries hard to talk sentences and to pronounce words. Cailyn is the self-appointed head girl of Legacy Centre, princess, artist of note, class clown and drama queen. She loves life, swimming, all the girly stuff and she adores horse riding. She is a natural on a horse and cannot wait for horse riding every week.

What is your dream for your child?
To always be as happy as she is now, carefree... To be accepted by the world.