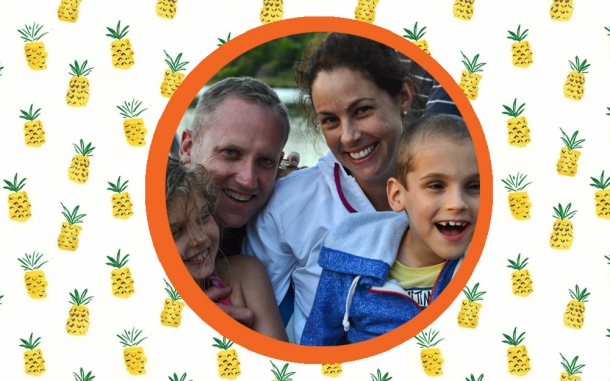 Is this your only child?
We have a daughter, Megan, who just celebrated her 12th birthday.

Diagnosis of child:
Craig’s due date was in August 2005 but I was diagnosed with placenta previa early on in my pregnancy. I never in a million years thought that on the 26th of April I would have to have an emergency caesarean. Craig was born 14 weeks premature and weighed 980g. I never imagined I could be so terrified of something so tiny.   He spent 100 days in ICU and we took him home one day after his original due date.

During his first year it was difficult to know whether Craig not reaching his milestones was due to the prematurity or something else. Just after his first year he was diagnosed with Cerebral Palsy.

What are the biggest challenges facing your child on a daily basis?
Craig is very independent once in his wheelchair but relies on us to get him out of bed, change his clothes, bath him, take him to the toilet and get him into his wheelchair. Craig does not chew so eating is a major challenge. Having said that though, I think he is probably one of the healthiest 10 year olds around as he does not ever snack or eat anything unhealthy. I would absolutely love to see him enjoy an ice cream or chocolate treat one day!

What are the happiest moments you have with your child on a daily basis?
We are so blessed because Craig is such a content child. Craig loves music and watching him clap in time and sing along to the latest pop songs is a real joy. His recent love for swimming is also a weekly treat for us.

The purchase of his wheelchair stands out as a highlight. The independence that he gained from that moment on changed his world. We searched hard for a funky wheelchair which made a huge difference. It is blue with stars and a moon on the wheels. People are drawn to it and therefore, to him. One afternoon while out for lunch at a child friendly restaurant, there were children riding their push bikes around a track and Craig was whizzing around in his wheelchair, being part of the action. Another little boy came to me pointing at Craig in his wheelchair and said, “Hey, is he going to give me a turn in that thing?” A very happy moment!

Are you married?
We have been married for 14 years.

Has your special needs child had an effect on your marriage?
Mike and I vowed to try and live as full a life as possible. We never want Craig to be a reason we don’t do something. It is always worth a try – some things work out and some things we probably wouldn’t repeat. His tactile nature means he wears his socks to the beach but at least he is on the sand with us.

Are your family and friends supportive?
Mike and I have the best family in the world!  We would not manage without Mike’s parents, Neville and Rina. They visited Craig every day when he was in hospital and have formed an unbelievable bond with him. My parents have both passed away but my brothers and sisters-in-law are incredibly supportive.

We spend a lot of time with our family. Everyone adores Craig and treats him just like one of their own. My sister-in-law, Jo, is a speech therapist and spends a great deal of time helping Craig to learn to read – we are so thankful. Craig’s sister, Megan, is his shining light. The patience and empathy that they show each other are remarkable! Our family have never put a ceiling on Craig’s ability. They believe he is capable of so much.

What has your child taught you about yourself, both positively and negatively?
Craig is such a leveller. He asks for nothing yet gives so much. He reminds us to look at the simple things in life and to celebrate small accomplishments. Not everything needs to be flashy and written in lights. Craig has been through so much, including countless general anaesthetics and big operations. He is so accepting, never complains and wakes up every morning giggling. I don’t know many people who do that.

Do you take time out, if so what do you do to relax?
I absolutely love running and use it not only for fitness but for time-out. I can solve the world’s problems in my head when I am running.

What has made the biggest difference to your child’s quality of life?
His wheelchair. It is worth every cent and more. It is the first thing he asks for in the morning – imagining asking for your legs when you wake up.

What is your dream for your child?
We want Craig to live as full a life as possible. We don’t want to have any regrets or concerns that if only we had...then he may have been able to....   As long as he continues to smile and laugh then we have done a good job.