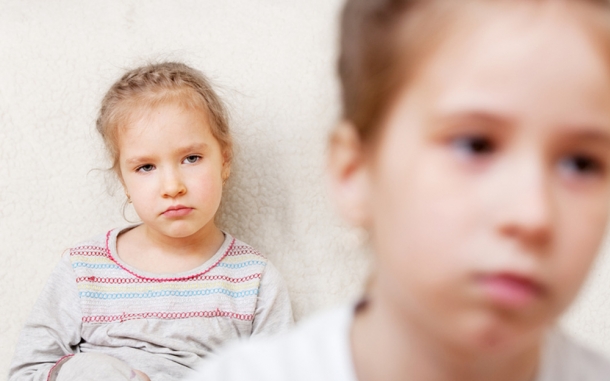 My daughter Jessica is a statistic. She is one of several million “typical sibs” who has a brother or sister with disabilities. Until recently I truly believed that I had provided a life of normalcy for my daughter, but I have come to realize that Jessica was isolated, fearful and guilty.

Jessica’s emotions ran the gamut from sadness to embarrassment to loneliness. My little girl entertained thoughts of Chris dying from autism, fear of “catching” the disorder and anger at those who imitated and ridiculed her brother. She constantly craved attention and longed to be noticed. Jessica felt guilty that she was the “typical” one and was extremely jealous of the attention, finances and time that we lavished upon Christopher.

Please realize that we did everything to provide a happy life for Jessica. We included her in all activities, had special days and outings and provided areas to keep her possessions safe and to take refuge in. But the reality of life in our home was a hard one to survive in. Everything we did, we did for Chris. He needed so much, so much time, teaching, therapy and love. Whatever we salvaged emotionally was left for my daughter to pick at. Our home life seemed to have an ever present open wound. Jessica was left on her own to heal.

Chris had a plethora of sensory issues. We had to keep the noise down, especially coughing and sneezing. No eating in front of Chris, the sound of chewing and the site of half eaten food, drove my son to harm himself. No sudden movements, no pets and friends were allowed over for brief visits only.

Younger siblings seemingly do very well. They have not become judgmental and do not realize that their brother or sister have special needs.

When Jessica was going to elementary school she became very aware of her brother’s differences. She became totally involved with Chris and his therapy. Jessica knew more about Discreet Trial than the therapist from Rutgers. Some siblings go the other way and appear to become totally non compliant.

The teenage years brought rebellion and peer pressure. Jessica loved her brother but began to gravitate away from the family. She still tried to maintain a strong relationship with Chris.

Take Heed -Take Notice -Take Action!
Here are some red flags to keep an eye on:

Unfortunately I did not practice what I just preached.

We took Jessica to an autism conference so that we could educate her about it. I spoke to her class about autism. Not only did they learn about Chris but they came away with a profound appreciation of what Jessica was going through.

Jessica was screaming at Chris one day because he wanted to take over the TV. My son began to bite and kick her. My daughter turned her anger towards me. “Why doesn’t Chris ever get punished? It’s not fair!” She was right so I sent Chris upstairs for a timeout. A little later I heard Jessica chastising Chris with great passion. I ran upstairs to find that my son had put parental controls on Jessica’s TV. Chris cleverly got the last word and I had to hide my laughter from my daughter.

I found that both my kids loved music so I used songs to bring them together in play. Jessica and Chris would dance together, record music and watch rock and roll. Jessica found that if she left out lyrics from songs that Chris knew, he would fill in with his charming robotic voice. Music brought them very close. So find shared interests and utilize them. Wrestling and tickling seemed to work also.

We were all in a restaurant, when Chris became extremely agitated attempting to communicate. Jessica took her placemat and a pencil and quickly wrote out the alphabet. “Chris, point to the letters” Slowly, Chris began to touch the makeshift ABC’s. P-L-A-Z, Chris eventually spelled out “Plaza Sesamo”, the Spanish equivalent of Sesame Street. Jessica developed her own way of helping and communicating with Chris and we applauded her every attempt.

Siblings of children with Autism, mature quickly. They grow up burdened with a great deal of responsibility and trepidation. The uncertainty of the future can be devastating. Siblings know that someday they will inherit the responsibility of caring for their brother or sister. Please recognize what they are going through. Psychologists, social; workers and counsellors who are knowledgeable about autism, can make a tremendous difference in your children’s lives. Applaud the sib and stay close to them. Remain open, honest and loving so they don’t become one of autism’s hidden casualties.

Bill Davis is the father of Chris, who has autism and the author of Breaking Autism's Barriers: A Father's Story. Bill’s book chronicles their fight to overcome the physical, emotional, public, educational, and therapeutic obstacles to his son's disorder.