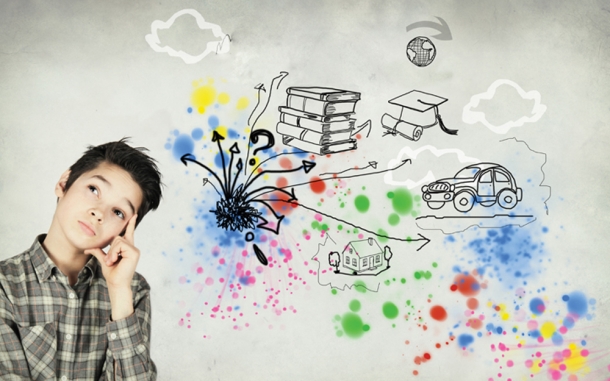 When my son was in first grade, his teacher complained to me that he “didn’t pay attention” in class. She said he wasn’t listening. To her, this was an act of defiance.
I explained that my son has auditory processing disorder (APD). He’s usually a very well-behaved boy, but the classroom was too chaotic and noisy for him. With all the background sound, my son simply couldn’t make out what she was saying to him, no matter how hard he tried.

For people who don’t have APD, it can be a puzzling challenge. Even my husband, who tries to understand, often struggles to see the world from the perspective of my son. I’ve learned a lot from parenting a child with APD. And because I have APD myself, I think I’m a good person to explain. Here are some things I wish people understood about me, my son and APD.

He isn’t being defiant.

With APD, the brain doesn’t always process spoken words smoothly. So when my son doesn’t respond right away or doesn’t understand what you’re saying, he’s not doing it to be rude or defiant. He simply didn’t comprehend what you said.
My son wants to understand you—more than anything. People like my son and me sometimes give up on conversations, though, because we’re afraid of seeming rude. Sadly, it’s part of life for someone with APD.

The link between APD and hearing can be confusing.

Having APD isn’t the same as being hard of hearing. My son’s hearing is actually very good. In fact, that can be part of the problem. For example, my husband’s electric shaver makes a high-pitched, irritating sound when it’s charging. At least it does according to my son and me. No one else in our family seems to notice the sound we complain about. It may seem counterintuitive. He notices sounds no one else does but still can’t seem to “hear” what someone else is saying. That’s because APD is an information processing issue, not a hearing issue.

When I’m talking to my child, my voice is competing with a thousand other noises. It could be the rush of air blowing out of the air conditioner. Or footsteps coming from down the hallway. Or the buzz of an overhead, fluorescent light. That’s why I try not to start a complex conversation with my son in a loud or chaotic environment. If you have something important to share and it’s noisy, text or write down the message. Better yet, when you need to have a real conversation, talk to him in a quiet place. Speaking directly to him and making eye contact also helps.

Some people confuse APD with ADHD, but they aren’t the same. Yes, APD can include problems with attention. After all, it’s hard to focus if you can’t understand what’s being said around you. But telling my son to “pay closer attention” or “listen harder” doesn’t help when his brain is scrambling the sounds coming in. That’d be like someone telling you to “listen harder” to a foreign language you barely speak.

Rephrasing is more helpful than repeating.

When my son responds with “What?” to something I said, it’s tempting to repeat exactly what I just said and in a louder voice. But what he really needs is for me to say what I said in a different way. That’s because certain phrases and sentences can be more difficult to process. The sounds may be too similar. The word combinations may be too complex. Rephrasing—not repeating the same words louder—can really help. When struggling with my own APD, I’ve learned to say, “Can you please say what you said again, but with different words?”

He wants to feel safe to ask you to say something as many times as he needs.

Most people don’t like to say the same thing over and over. I understand that. My son does, too. That’s why it’s hard for him to ask. But if he knows you’re OK with repeating and rephrasing something a few times, he’ll be more comfortable asking. It’s wonderful when people are willing to do this for him—and for me. We appreciate it more than you can imagine.

It’s OK to be frustrated, as long as you try to understand.

Even though I have APD, I get frustrated with my son sometimes. I lose my patience. So I know others might too. My son’s first teacher never did come around to understanding his challenges. In the end, though, we were lucky that a new teacher replaced her. This new teacher was wonderful. The only difference between her and the first teacher was the willingness to try to understand APD.