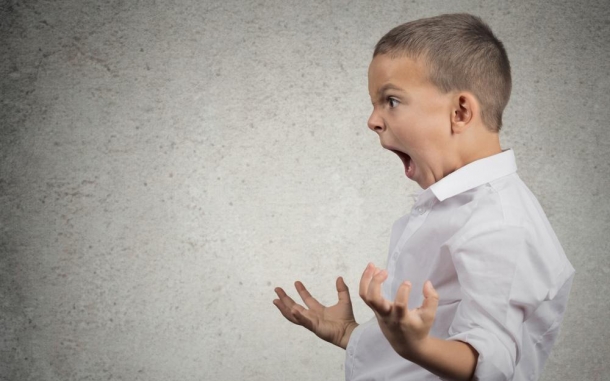 If your child stages public tantrums — not just once in a blue moon, but what feels like nearly twice a week — we feel your pain. A child’s explosive tantrums aren’t just frustrating — they can be downright humiliating for parents who feel the sting of public scrutiny. Stop the madness with these five strategies for parents to prevent, react to, and stop temper tantrums.

Do too many of your family meals out resemble wrestling matches worthy of WWE? What about that episode at the mall? Or that meltdown in church?

Some parents of children with difficult behaviours are held hostage by their child’s bad behaviours, unable to go out to dinner, the movies, or anywhere, for fear of their child throwing a tantrum in public.

Say you’re in your favorite fast food place. Everyone is hungry, there’s a wait to order your food, and your child begins whining and having a meltdown. What do you do?

When Mom harrumphs, “Why do you always have to whine, Jordan?” she tells her child that she is weak and vulnerable. It seems that there is a chance of getting what he wants if he pushes. Kids hear “No” and “Maybe” at the same time.

Instead, say no in an unemotional, flat tone. Say, “It’s not happening.” No lecture, no explanation. This is just the way it is.

Over time, kids respect this tone because it becomes consistent — and consistency is so important for children with special needs. It tells your child, “You can count on me, because I don’t change my mind. You can ask 7,000 times and the answer will still be no.”

Many parents of children with difficult behaviours try bribery or make vague promises and threats: “We’ll see. It depends on how you behave at dinner.”

This is the last resort of tired, frustrated parents. You are saying, “I don’t want to put up with your tantrum now, so I’m going to string you along and bludgeon you with threats throughout dinner.”

When does “bad behaviour” start? When the child misbehaves three times, seven times? Does the child really have a chance?
Be confident and specific, so that your kids know what to expect. Say yes or no. Don’t feel guilty about disappointing them.

3. Put out the emotional fire.

What happens if your calm “no” sets off a meltdown? Whining didn’t work, so now it’s time to embarrass you at the burger place with a full-blown temper tantrum.

Good! Take this opportunity to remind your child that he doesn’t get to choose your reactions. You do. Even though you feel embarrassed, frustrated, and resentful, you are not going to match the child’s screaming with your own. Yelling will escalate the confrontation.

Instead, assume a calm posture. Sit down, cross your legs. Colour with crayons and ask your child to help. Pull your child into an activity with you. Being calm says that you are in control of the situation — not him.

4. Give your child concrete jobs to do.

Instead of telling your child to stop, tell him what to do. Giving him a specific job, and an opportunity to be helpful, alleviates his anxiety.

“Jordan, do me a favour and save us a table by a window.” “Jordan and Sarah, could you get seven packets of ketchup, eight napkins, and four straws?”

Then give praise for a job well done. Kids with challenging behaviours like to help. Enlist them.

Have you noticed how intense we get when we’re focused on the negative? Instead, shift the energy of the conversation toward solving a problem.

“Cookies here? Not going to happen. But,” you say emphatically, your eyes wide, “do you think you guys could get your homework done tomorrow in time to bake chocolate chip cookies? Who wants to stir the mix and lick the spoon?”

By following these five steps, you will give your kids the consistency they need. They will learn that negotiating, whining, and melting down don’t work with you. You’re also teaching them constructive ways to deal with anger and frustration, skills they will find valuable as they grow up.