How to Discuss Puberty with your child who has Special Needs. 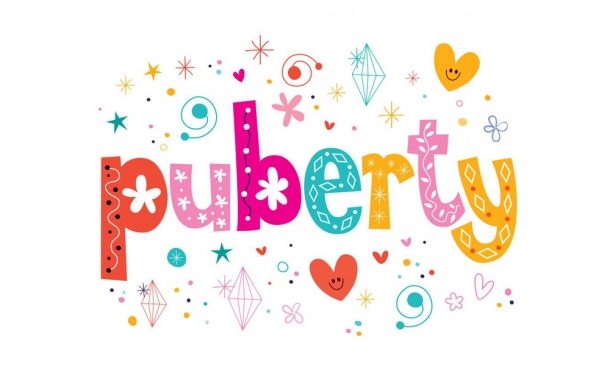 When our son was preparing to transition to high school, my husband and I realized that he needed more detailed information than what his school was providing. We were also concerned that he may receive some incorrect information from his peers if we did not teach him the facts first. So we came up with our own step-by-step approach to discussing the physical and emotional changes ahead:

Private time
I chose a quiet time when I could speak with my son in private.The first time I tried, he started giggling uncontrollably. I dropped the subject and chose another time when he was more receptive. He was ready to listen and share his own thoughts.

Ask how much your child already knows
Doug Goldberg, a blogger at Special Education Advisor, recommends asking what your child already knows as a starting point for discussion. In my son’s case, he still remembers when I was pregnant with his younger brother, so he already knew a little bit about anatomy and reproduction. Most children are aware of physical differences between children and adults just from changing swimsuits with their parents.

Use scientifically correct terms
Children with some types of special needs, such as autism, can latch onto a particular word or phrase and use it for the rest of their lives. For this reason I think it’s important from the very beginning to use scientific terminology for body parts and functions. Many adults do not even know the correct terms, so look it up beforehand. For example, girls have a vulva, outer labia, inner labia, clitoris, urethra and vagina. Boys have testicles, a scrotum (or scrotal sac), penis, glans and urethra.

Using specific names for each part makes it much easier to identify medical issues later in life! Some parents worry that scientific terms are too complicated for their children, but I’ve found that these terms actually simplify things in the long run, because they can’t be confused for other concepts. For example, I used to tell my son that his brother was growing in my uterus. But he heard other mothers say that their babies were in their bellies, which was upsetting, because it sounded like they had eaten their babies for lunch!

It’s Normal!
A rapidly changing body may be cause for anxiety or alarm in some children. Explain that everyone’s body changes, some more quickly than others. Point out that full-grown adults come in a wide variety of sizes. My son has noticed that his grandmother is under 5 feet tall, while I, his mother, am over 6 feet tall, but we’re both healthy and strong. In simple terms, every person’s body changes in a way that is just right for that person.

Read a book
My son is more of a visual thinker – spoken explanations are inadequate for him. Social stories are a proactive way to create expectations for puberty, and they can act as a reference whenever needed. I also found some illustrated books about puberty for younger children:
Boys, Girls and Body Science by Meg Hickling
What’s Happening To Me? by Peter Mayle
Special Boys’ Business by Heather Anderson, Fay Angelo and Rose Stewart
Puberty and Special Girls by Heather Anderson, Fay Angelo and Rose Stewart

Explain 5 stages of puberty
My son needs specific examples of changes in order to understand. For example, I showed him how to use deodorant and explained why he needed it. I also showed him how I wash my face every morning and evening and helped him do the same. Over several conversations, give details of each type of change,such as height, voice, skin condition and mood.Point out that everything doesn’t happen at once – there are actually five stages of puberty over a period of almost 10 years.

The Sacred Body
One thing that I try to emphasize to my son is that his body is sacred to him, and he is in charge of taking care of it. I ask him to remember visiting his 101 year old great-grandfather, who was still active and lively – a great example of someone who took care of his body and enjoyed a long, happy life. I remind my son of the positive things he does every day to maintain his health and strength – exercise, healthy eating habits, hygiene – these are all signs of his self-respect and sense of dignity.

Talk about inappropriate touching
The statistics regarding the sexual assault of people with physical and intellectual disabilities are staggering and heartbreaking: they are 4 to 10 times more likely to be sexually assaulted than people without disabilities, and only 3% of these assaults are reported to police. Other studies have suggested that 68% of girls with developmental disabilities and 30% of boys with developmental disabilities will be sexually abused before age eighteen. Therefore, it is mandatory to provide information about what to do if anyone attempts inappropriate touching or assault.

I started by explaining that he has a choice about being hugged and kissed. If he does not want to participate in sharing affection, he is always allowed to say no. (Even if Grandma just wants to kiss him goodbye.) I explained the difference between private body parts that are covered by underwear or swimsuits, and parts that we use for sports, doing homework, walking, eating, etc.  He worries about upsetting or disappointing others, so I made sure he understood that he could say no and tell an adult (preferably 2 adults), and no one would be upset with him for telling the truth. We made a list of trustworthy adults whom he can approach in an emergency. This is something that should never be kept secret!

Availability for follow-up questions
I used to teach high school, so I know that there will be some unpleasant questions in the future. I told my son that nothing will surprise me, and I will still love him no matter what he needs to talk about. He knows that his father and I are available for questions.

10. Repeat as needed
Most of this information did not stick the first time it was presented to my son, so it is an ongoing conversation that will last several years. Every time he sees a slight change in his body, we go back to the basics again. When he started forgetting to use deodorant, we reviewed hygiene.If he notices a friend with a new baby brother or sister, we talk about reproduction.

One thing did remain in his mind from the start: he knows that his parents will always be honest and forthright with him. That will never change.