11 Things a Special Needs Dad wants You to Know 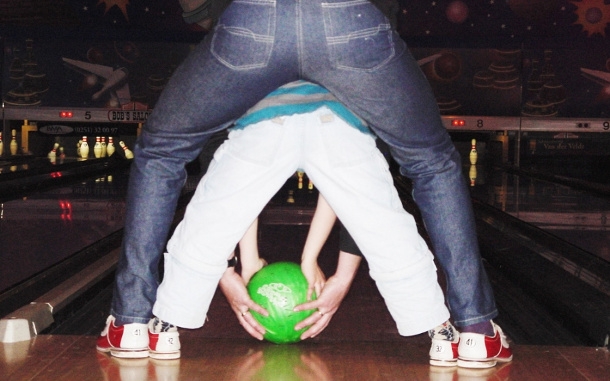 On more than one occasion I’ve learned that my child didn’t get invited to a social gathering—not because of his disability, but because a female caregiver wasn’t available to go with him. Yet his Dad was available! Please don’t assume a child can’t attend a birthday party or playground get-together because a woman isn’t available to accompany the child. If the dad is single, invite him even if he is the only dad coming in a group of moms. An involved dad of a child with special needs is used to being one of the few men in attendance. Who knows, he may change a diaper or two for Team Mom at the playdate if you play your cards right!

2. It bugs us when you casually moralise

The assumption that having a child with a severe disability is an acceptable reason to engage in a deeply personal conversation with a stranger completely flummoxes me. I don’t mind when people ask about Alex—I am all for growing understanding about his condition and spreading awareness—but do not tell me that a vaccine caused my son’s disability (his genetic condition occurred at conception!) or that God chose me for this challenge or that I am a saint be my son’s father. Especially if I don’t know you. If I saw a stranger at a bar having a three-martini lunch is that an invitation for me to talk about alcoholism? Exactly.

I may well up once in a while for reasons that may not seem all that clear or reasonable. Yes, I’m macho and manly. But I’m also human. If I take a call at work from my child’s caregiver and she lets me know that my son just got on his therapy horse for the first time after struggling for four months just to make it from the barn door to the horse, the corners of my eyes may glisten. Or if I learn that my son climbed onto the slide at the playground for the first time and I seem in shock and in tears, don’t be surprised. Or if I watch your typically developing child win the spelling bee or hit a home run and I tear up, I may be mourning something for my family. (No worries, I know how to celebrate for you—see #6.) Catharsis is good for the soul. Just because I show emotion doesn’t mean that I shouldn’t be considered for a promotion, that I can’t be a part of boys’ night out or that I am somehow a lesser man.

If you are a boss, an HR professional or even a coworker, please assume that a child’s doctor and school responsibilities—especially the sometimes more complex ones of children with disabilities—are split between multiple caregivers. That may not be the case, of course, but it’s wrong to simply assume the opposite. Be open to the fact that the Dad may even be the one that handles a majority of these appointments. I’ll get my work done, don’t worry. And I know you worry because of the following.

5. Dad’s career can be unfairly impacted, just like Mom’s

It’s so wrong when people assume that the spectacular care and growth of my child was fostered exclusively by his mom while I was off having martinis with Don Draper. Men have to make choices too, and my career has been impacted in many ways—mostly unfair ways—by me prioritising my son’s needs. At one job, a manager ordered me to let my son’s mom take him to a serious hospital exam. “Only one parent is needed, and the child has a mother” was the boss’s comment. I told him I was going, and if I didn’t have a job when I returned, well, that was his choice. (I kept my job.) Another time, in a job interview with someone I knew from a previous position, the knowledge that my son has special needs came up as a “negative” on my weekly availability—before the interviewer even asked me what hours I was available to work. Please don’t assume that I can’t manage work as well as the next person because of my child’s needs. Instead, marvel at the skills a hyper-organised father of a child with special needs has! We can be great managers, having learned the politics and patience of school meetings; we have sharp communication skills (you should hear us talking with the insurance companies); and we are masters of budgets, advocacy and diplomacy.

7. Don’t think I’m divorced because of my son’s disability

The statistics establishing causality between having a child with a disability and a higher divorce rate are shaky at best and incorrect at worst. My son’s issues may or may not have exacerbated existing issues between my ex and me. But our divorce has very little direct relationship to my son’s challenges. Besides, would you ask any other family if their child “caused” their divorce?

8. Let’s not pretend intense realities are easy on me

My son is in a residential placement that he entered at age 12 a little over a year ago. (He is home on the weekends.) This is a huge change, loss and adjustment for him. But also for me, his father. Well-meaning people make me feel poorly when they suggest I think of it as he went to college “early.” Many parents of a tween can’t handle sending their typically developing kids to sleepaway camp for a week without major stress. Why would I then be expected to “pretend” that this long-term residential experience is like college, and feel better? And to top it off, now you have me thinking about the fact that he may not end up having a college experience at all. It’s like you are asking me to pretend his disabilities aren’t real and the impact of my child moving away at age 12 be cared for by strangers is somehow typical. The best support you can offer is empathy—an ear or a hug—and just say you can’t imagine how that must feel. And let me talk (or not) about it, as the situation requires.

9. We hate being mistaken for babysitters

It’s not just the Asian-American mom in a New York City park who gets annoyed at being mistaken for the nanny when she is, in fact, the parent. That insult by assumption is similarly painful if you assume an active and involved man must be a child’s helper, his babysitter or his teacher. More than once, when accompanying my son to a daytime therapy or doctor appointment, someone assumed that because I was helping my son during the day and because I was a male that I must have been a paid helper. “Dad” would have been at work, right? If you are a stranger and you really find yourself with an unmet need to know if I am in fact the dad, just say to me or my son “Sure is a great day to be out with Dad!” or something like that. And if I am not the dad, I’ll be sure to let you know.

If you see an older man holding a teen’s hand or a younger man’s one, think twice before judging us—not that being gay isn’t a fine thing. Who knows what the relationship is? I’ve seen the looks my son and I get at times from males, especially teen boys, and I know exactly what they are thinking. (American women are far less judgmental this way than American men are, but it still happens.) I hope those who give negative stares and under-the-breath comments are or were lucky enough to have a father or father figure to hug them and hold their hands in public with as much care and love as I provide my son. So come on, guys, lighten up.

Once, a school principal referred to me as a “special needs parent.” I like to think that the depth of my character was formed both before and after I was a parent. And formed by things that have things to do with disability issues—and things that have nothing to do with them. And that I am much more than a parent solely concerned with special-needs issues. Likewise, when you get to know my son—when you really get to know him—his special needs can melt away and he can be funny, happy, sad, angry and all of the other things that children are. My son is my son, not my “special needs son.” And make no mistake, he is amazing.

Gary Dietz has been a father of a child with severe special needs since 1999. He has been an entrepreneur and educational technology marketing professional since 1997. He has a BA in Writing from the State University of New York at Potsdam. He has appeared on NH Public Television as an advocate and local Boston-area and national PBS shows with educational technology. He has written and ghost written articles for educational and technology press and is an active blogger for both special needs advocacy and marketing topics www.garydietz.com

To view a sample of his book ‘Dad’s of Disability’ visit http://blog.dadsofdisability.com/wp-content/uploads/2014/01/DadsOfDisability-Preview.pdf

This article was originally seen on www.lovethatmax.com