Please DON'T stop inviting My Son to your Birthday Party 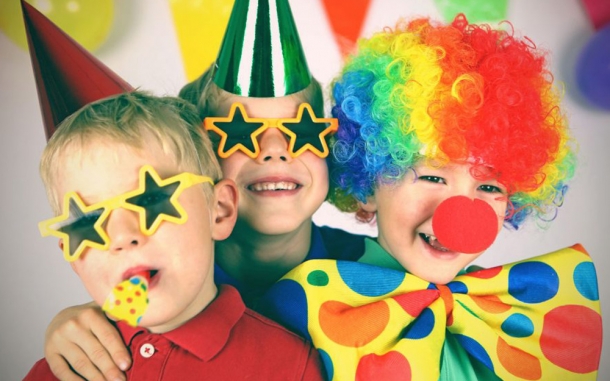 My son is five—a preschooler well on his way to nursery school and the thousands of primary school birthday parties in his not-so-distant future. The invitations have already started rolling in.

Because he has cerebral palsy, we decided long ago to send him to a special needs inclusion preschool to give him all the head start he can get before the big cliff jump into primary school. It has been wonderful, the stuff of Disney dreams. He has typically-developing peers in his class who fight over who gets to push him in his wheelchair. His feeding therapist comes to lunch so he can eat with everyone else. They cheer him on to “crunch crunch crunch” those pretzels. He even participates in circle time, his braced legs bent criss-cross applesauce with an aide behind to catch him if he falls.

Perhaps because of all this inclusion, even I forget what he can and cannot do, until the birthdays roll around.

One of the first invitations of the year sprung at me like an old-timey jack-in-the-box, the trampoline on the cover coiling in on itself.  It fell on the floor where it continued to wobble.

“Have a Bouncing Good Time Celebrating Jack’s 5th Birthday at SkyZone Trampoline Park this Saturday!” it said in glitter.

Jack, the birthday boy himself, wheeled my son up to me while I was still staring at the invitation on the floor and asked if we were coming to his party.

“I don’t know, honey.” How do you tell an almost-five-year-old you have to check your schedule, that anything could be as important as this?

“Okay, well I really hope he comes,” he said with Precious Moments eyes.

And so, we went the week before the party…to the trampoline park…in his wheelchair. I needed a dry run to see what we could and could not do. The strobe lights and 80’s hip-hop were a little unnerving, but he seemed to hold up well initially, calmly taking in the scene like a rolling Dalai Lama. I unstrapped his legs and walked him step-by-step up the stairs to the ocean of trampolines. Gently nudging the back of each knee while supporting 90% of his weight on my forearms, we wobbled our way out onto the slippery surface. His socked feet toed the mat like he was testing the water. We hopped our way farther out, slow and steady like geriatric bunnies.

“This is going okay!” I thought. And it did, for about thirty seconds before it turned into a good old-fashioned mosh pit—kids surrounding us and hurling their bodies through the air like missiles. I watched his tentative smile close up and just then some ninja in my periphery double-bounced us and my legs went out from under me. We were down for the count. I dragged us both back to the edge where we lay together spooning to “Girls Just Want to Have Fun.”

The next week I dropped off a present in Jack’s cubby and RSVP-ed a polite and gracious “No” to his mom.

Over the last two years of preschool, there have been other “nos”—to play gyms or pools or Chuck E. Cheese where the neon lights and mechanical animals make even me, the one without sensory issues, want to cry.

But there have been “yeses” too—to the zoo and Thomas the Train and the latest Pixar film. We do what we can. And this is what I want to say to the parents of his future peers as we head toward primary school next year with a whole new set of kids who may or may not have ever been around a kid like mine: “Please keep inviting us. We can’t always make it work like we’d hope and sometimes we will have to say no, but whatever you do, don’t stop asking. Because he’s like any kid. He just wants to be asked.”