A Toileting Taboo: Kids and Incontinence 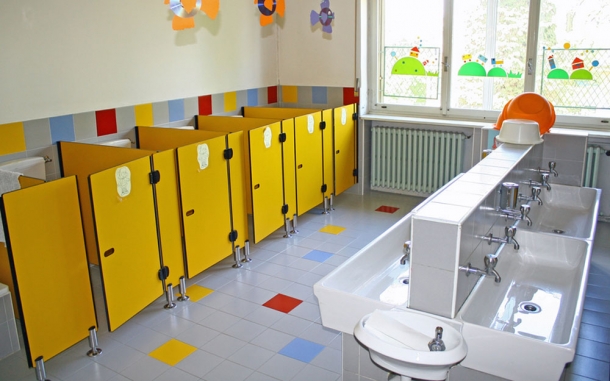 What if catheters, timed toilet trips, medication, diapers and sometimes surgery couldn’t guarantee that you wouldn’t have an accident?

How would you keep it a secret?

How would other kids treat you if they found out?

Urinary incontinence and how it impacts children socially was the focus of a qualitative Holland Bloorview study of 11 youth with spina bifida aged six to 18 and their parents.

“No one can tease the kid in the wheelchair, but it’s not ‘normal’ to be in a diaper when you’re eight-years-old,” said lead researcher Amy McPherson, recounting what children told researchers in interviews about how other students responded to their incontinence.

Researchers found that about half of the children were bullied – with a couple being completely ostracized – and most had no close friends. “One parent said she hadn’t organized a birthday party for her child because she didn’t think anyone would come.”

Two children who had learned to self-catheterize at an early age did have good friends and participated in typical childhood activities like sleepovers and camp.

But telling their friends about it was nerve-wracking, Amy said.

“Even the kids who functioned well said, ‘Well, I decided to tell my friends before they found out and ran away screaming.’ And even those kids didn’t share ‘the whole story.’ They just told their friends they do things a little differently.”

Toileting in our culture is one of the last taboos, and for students, having an accident or a partially-visible diaper was “social death,” Amy said.

One of the themes that came out in interviews was that incontinence marked youth who wanted to be viewed as normal, and was a barrier to being accepted, having friends and going out.

“Because of the stigma, and the fear that others may find out, these students don’t often put themselves out there and instigate friendships,” Amy said. “It’s not something you want to talk about. You have to keep it hidden.”

“These kids feel stress to keep up a façade,” said researcher and ambulatory care nurse Julia Lyons. “Their goal is to fly under the radar, ‘for no one to notice me.’”

Ironically, parents who were interviewed separately from their children often began by insisting that their child was a normal and regular kid. “Then as the interview went on, it became obvious that their child didn’t have friends and wasn’t participating in activities, sleepovers, sports,” Amy said.

Another theme was independence. “A lot of parents wanted their kids to take ownership of the incontinence issues and felt they needed to learn to do it themselves,” Amy said. “There were still 16 and 17-year-olds who weren’t catheterizing themselves. They used a diaper and had mom do their personal care.”

However, parents sometimes minimized just how hit and miss managing incontinence was for the youth.

“There isn’t a magic bullet for this,” Julia said. “It’s not like if you break your arm they give you a cast. These kids have to do a combination of catheterization and taking medications to allow them to hold more urine and using diapers and pads and even then it’s not 100 per cent effective.”

Drinking a can of pop, participating in gym class or simply being nervous can erase children’s vigilant efforts to stay dry. “The system is so tenuous they’re walking on egg shells on the best of days,” Julia said.

However, parents tended to expect perfection.

“One parent said: ‘She fell off the wagon’ – about an eight year old!”

The researchers noted that some students who did self-catheterize still wore a diaper as a security measure and were reluctant to let it go. They live with the fear that “tomorrow their routine won’t work,” Julia said.

School accommodations – such as having students use the staff washroom where they can store their supplies – often reinforced the perception that they were different.

Typically children’s incontinence wasn’t shared with the class, but the student would have a signal to let the teacher know they needed to go to the bathroom, and would be taking longer than expected.

Unfortunately, some of these signals were stigmatizing: “In one case, the Grade 5 student had to place a giant, city-issued traffic cone on her desk to say she’d be back in 10 minutes,” Julia said.

Families reported a lack of incontinence products that were discrete and effective.

The researchers note that negative stereotypes about “having a leaky body” don’t just exist in childhood. “Adults who are incontinent are less likely to have meaningful employment and romantic relationships, so there are long-term implications for children with incontinence,” Amy said.

A larger study is needed to better identify what promotes continence and social acceptance in children with spina bifida. One tool to support children may be an online group where children who are going through the same thing can share their experiences.

This small study was launched because clinicians heard frequently that children with spina bifida and incontinence were bullied.

Dr. Paige Church and Nicole Fischer were the other researchers on the team. Their findings will be presented in a poster at the Bloorview Research Institute Symposium Nov. 13 and submitted to the journal Disability and Rehabilitation.