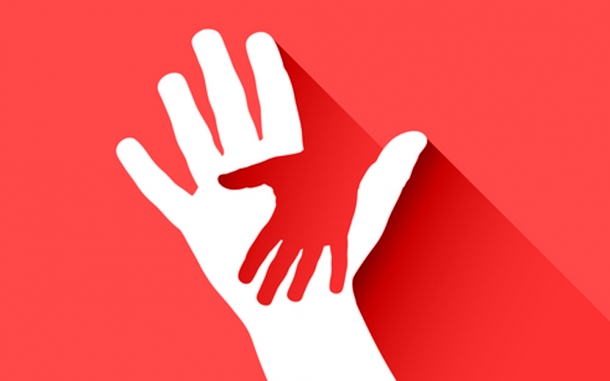 Why Intervene Early?
There are three primary reasons for intervening early with an exceptional child: to enhance the child’s development, to provide support and assistance to the family, and to maximize the child’s and family’s benefit to society.

Child development research has established that the rate of human learning and development is most rapid in the preschool years. Timing of intervention becomes particularly important when a child runs the risk of missing an opportunity to learn during a state of maximum readiness. If the most teachable moments or stages of greatest readiness are not taken advantage of, a child may have difficulty learning a particular skill at a later time. Karnes and Lee (1978) have noted that “only through early identification and appropriate programming can children develop their potential”

Early intervention services also have a significant impact on the parents and siblings of the special needs child. The family of a special needs child often feel disappointment, social isolation, added stress, frustration, and helplessness. The compounded stress of the presence of a child with special needs may affect the family’s well-being and interfere with the child’s development. Families of children with special needs are found to experience increased instances of divorce and suicide, and this child is more likely to be abused than a neurotypical child. Early intervention can result in parents having improved attitudes about themselves and their child, improved information and skills for teaching their child, and more release time for leisure and employment.

A third reason for intervening early is that society will reap maximum benefits. The child’s increased developmental and educational gains and decreased dependence upon social institutions, the family’s increased ability to cope with the presence of a special child, and perhaps the child’s increased eligibility for employment, all provide economic as well as social benefits.

Is Early Intervention Really Effective?
After nearly 50 years of research, there is evidence--both quantitative (data-based) and qualitative (reports of parents and teachers)--that early intervention increases the developmental and educational gains for the child, improves the functioning of the family, and reaps long-term benefits for society. Early intervention has been shown to result in the child:
• Needing fewer special education and other habilitative services later in life.
• Being retained in grade less often.
• In some cases being indistinguishable from nonhandicapped classmates years after intervention.

Are There Critical Features To Include In Early Intervention?
While there have been too few attempts to determine critical features of effective early intervention programs, there are a few factors which are present in most studies that report the greatest effectiveness. These program features include:
• The age of the child at the time of intervention.
• Parent involvement.
• The intensity and/or the amount of structure of the program model.

Many studies and literature reviews report that the earlier the intervention, the more effective it is. With intervention at birth or soon after the diagnosis of a disability or high risk factors, the developmental gains are greater and the likelihood of developing problems is reduced (Cooper, 1981; Garland, Stone, Swanson, and Woodruff, 1981 ; Maisto and German, 1979; Strain, Young, and Horowitz, 1981).

The involvement of parents in their child’s treatment is also important.
The data shows that parents of special needs children need the support and skills necessary to cope with their child’s disability. Outcomes of family intervention include:
• The parent’s ability to implement the child’s program at home
• Reduced stress that facilitates the health of the family. Both of these factors appear to play an important role in the success of the program with the child (Beckman-Bell, 1981; Cooper, 1981; Garland and others, 1981; Karnes, 1983; Lovaas and Koegel, 1973; Shonkoff and Hauser-Cram, 1987).

Certain “structural” features are also related to the effectiveness of early intervention, regardless of the curriculum model employed. Successful programs are reported to be more highly structured than less successful ones (Shonkoff and Hauser-Cram, 1987; Strain and Odom, in press). That is, maximum benefits are reported in programs that:
• Clearly specify and frequently monitor child and family behaviour objectives.
• Precisely identify teacher behaviours and activities that are to be used in each lesson.
• Utilize task analysis procedures.
• Regularly use child assessment and progress data to modify instruction. In addition to structure, the intensity of the services, particularly for severely disordered children, appears to affect outcomes. Individualizing instruction and services to meet child needs also is reported to increase effectiveness. This does not necessarily mean one-to-one instruction. Rather, group activities are structured to reflect the instructional needs of each child.

We are a group of parents who want to make a positive and lasting difference in the lives of parents and children. We've created an online community that shares our values and goals in raising, educating and providing for our children.