Myths and Realities About Language Disorders 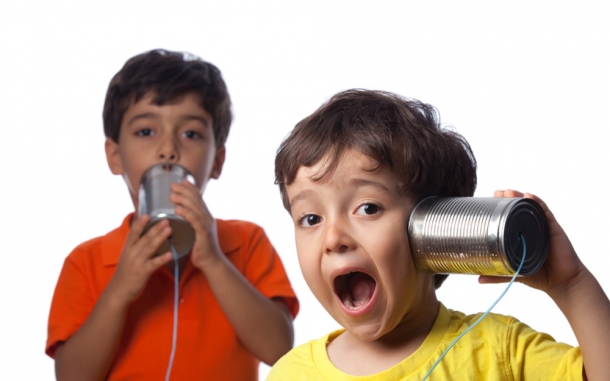 If your child doesn’t seem to be talking at the same rate as his peers, you might start to worry. Does this mean my child is developmentally delayed? Will he grow out of it? Will he need therapy for the rest of his life? It’s natural to worry — but when you start your research, you may come across some misleading information. Read on for true answers to common myths and misconceptions about language disorders.

Myth 1: Children who don’t express themselves clearly are intellectually disabled.
Language disorders affect individuals of varying intelligence - and just because someone has trouble expressing their thoughts doesn’t mean they’re any less intelligent than their peers. A language disorder can make it more difficult to convey that intelligence, however, and can harm a child’s self-esteem and make him feel “stupid,” especially when left undiagnosed or especially when left undiagnosed or untreated.

Myth 2: Use of grammatically incorrect slang phrases like “ain’t” indicates a language disorder.
While most slang phrases are not grammatically correct, their use doesn’t usually indicate a larger problem with understanding the rules of grammar and using language properly. In many parts of the U.S., some slang words and phrases are simply part of the local dialect, and are perfectly acceptable in everyday use - even if they’re frowned upon at school.

Myth 3: Children always outgrow language delays and catch up to their peers.
Seems like everyone has a “distant cousin” or a “friend of a friend” who didn’t start talking until age 5 - but is perfectly fine now! While some kids who start late do seem to catch up in language skills by the time they reach school, not every child does. Go with your gut. If you think your child is significantly behind her peers, consider getting her tested - no matter what Aunt Gladys says about “late bloomers.”

Myth 4: Children can’t be tested for language disorders until they’re in school.
Even a child who is too young to talk or attend school can be tested for language disorders and proper development. Parents may prefer to work with school professionals, but experts agree: the earlier a speech problem is treated, the better the outcome will be. If you’re concerned about your toddler’s language development, talk to your pediatrician or check out your state’s Early Intervention program. Don’t wait for nursery school.

Myth 5: Speech therapy is just for kids.
Not true! Adults with language disorders - either developmental or the result of a brain injury - can also benefit from speech therapy. Studies show that while adult speech therapy is not always as successful as paediatric therapy, skilled therapists often make great strides or provide alternative options for overcoming language deficiencies. If cost is an issue, check out your local university’s speech and language department for low-cost speech therapy.

Myth 6: Boys always start talking late, so parents shouldn’t be worried.
While it’s true that girls generally start talking earlier than boys, this doesn’t mean parents of boys shouldn’t be on the lookout for signs of language disorders. If your child is well outside his developmental timeline and is far behind his male peers, consider pursuing an evaluation - his gender shouldn’t stop him from getting the treatment he needs.

Myth 7: Speech therapy is just for kids who stutter or otherwise have problems physically forming words.
Speech therapists do treat stutters and lisps, and since these problems are more easily observed by outsiders, it might seem like that’s all they treat. But, that’s not the case - speech therapists also help with expressive or receptive language disorders to help children communicate better.

Myth 8: Bilingual children who “mix” their two languages have a language disorder.
Nope! In fact, mixing both languages together, even in the same sentence, is a normal developmental stage for children who grow up bilingual, and often persists, at least a little bit, into adulthood. Growing up bilingual has numerous benefits for children’s developing brains, so if you have the opportunity, don’t pass on the chance to raise a bilingual child because you’re afraid of language disorders.

Myth 9: Speech therapy sessions detract from a child’s schooling.
Many parents worry that when their child is pulled out of class for speech therapy sessions, it could single out their child for bullying, or deprive them of valuable classroom time. These are valid concerns, but in most cases, productive speech therapy helps your child more in the long run, both socially and academically. However, if you’re concerned that your child is spending too much time in speech therapy, ask for a meeting with the special education team. They can work with you to address any problems.

Myth 10: Speaking in “baby talk” to your infant causes language disorders later.
“Baby talk” - higher pitched voices, shorter words, and repeated sounds - actually syncs up with an infant’s developing brain, and help her to learn language naturally. Babies respond more to exaggerated voices and facial expressions, and “baby talk” can have a soothing rhythm that helps calm a fussy baby. Some parents are uncomfortable with baby talk, and that’s fine, too - interacting verbally with your baby, in any way, is the most important tool for language development.

Devon is a writer based in New York City. She is a recent graduate of New York University, where she received a BA in journalism and comparative literature, with a minor in French.