What is Sensory Processing Disorder? And does it have a connection to ADHD. 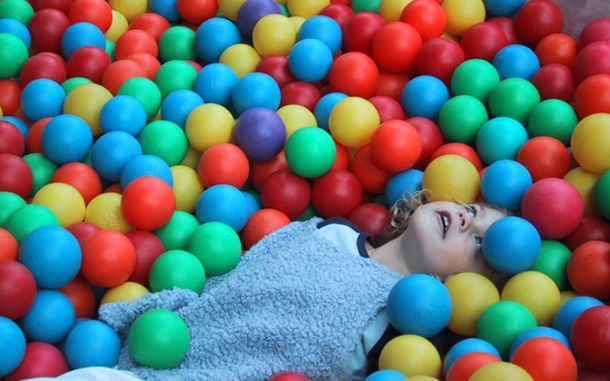 Sensory processing disorder (SPD) is a neurological condition that interferes with the body’s ability to receive messages from the senses, and convert those messages into appropriate motor and behavioural responses.

It inhibits a person’s ability to filter out unimportant sensory information, like the background noise in a bustling café, making them feel overwhelmed and over-stimulated in certain environments.

SPD also interferes with the body’s ability to process and act on information received by sight, sound, touch, smell, and taste.

It’s not uncommon to feel overwhelmed by competing conversations or flashing lights, but for children and adults with SPD, these sensations disrupt and overwhelm everyday life. In students, it may manifest as slowness performing or learning tasks at school, clumsiness or messy handwriting, sensitivity to certain sensations, or a tendency to seek excess stimulation in roughhousing or moving fast. Some adults with SPD experience sensitivity with just one sense, while others report it across a combination of senses. Other people with SPD say they feel as if a shade has been pulled over the world, like they have muted sensory receptors. For these sufferers, motor skills and posture can be affected.

SPD impacts men and women of all ages and races, though it is most commonly diagnosed in childhood. Some experts believe that up to 10 percent of children experience some type of sensory processing challenge. On top of that, people with ADHD, autism spectrum disorders, and fragile X syndrome are much more likely to develop SPD.

Symptoms of SPD
Sensory integration is the process by which the brain processes information from our senses (touch, sight, hearing, taste, smell, as well as balance) so that we can respond appropriately to our environment. A person with good SI automatically filters the important stimuli from the world’s static. At school, she sits alert at her desk without thinking about her posture and filters out the hallway din to pay attention to the teacher. On the street, she pays not attention to the booming car radios and honking horns, but attends to the sound of the turning bus, “telling” her to wait before crossing the street.

For some people with sensory processing disorder, information reaching the senses often feels like an assault of competing stimuli. To get the idea, imagine this scenario: Three children are telling you conflicting stories about who had the toy, the phone is ringing, the heat is jacked up too high, and you suddenly smell the cake burning in the oven.

For others with SPD, outside stimuli are dulled, muting sights, sounds, and touch. These individuals crave extra stimulation to arouse themselves – like needing the jolt of a wake-up shower after a sleepless night. These are the people who love to spin and swing upside down; their stimulation-seeking behaviour may be easily mistaken for ADHD hyperactivity and poor impulse control.

Most people with SPD display elements of both extremes, suffering from sensory overload at times and seeking stimulation at others. It’s not difficult to see how the symptoms of SPD – distractibility, the need for intense activity, problems with social interactions — could be mistaken for ADHD, but several symptoms are quite distinct:
• Feelings that a shade is pulled over the outside world
• Experiencing muted sights, sounds, and touch
• Frequent feelings of sensory overload

A typical child playing in a sandbox can ignore the sweat trickling down her face and neck because she loves the sandbox, and there’s a breeze to cool her off. A child with SPD cannot ignore anything – the sweat is distracting and irritating, and the wind makes her feel worse, not better. Lacking an inner ability to cope with these irritations, she may kick the sand in frustration and lash out at her playmates, ruining her playtime and her entire afternoon. The bad feelings stay with her long after the physical triggers are gone. Children with SPD may frustrate parents and teachers, but their behaviour is often most bothersome to the children themselves.   A. Jean Ayres, the groundbreaking occupational therapist who first described SI dysfunction more than 40 years ago, likened it to having “a traffic jam in the brain.”

Sensory modulation disorder is the most common form of SPD. It indicates trouble regulating responses to stimulation. People with it are under or over responsive, since the nervous system does not know when to pay attention to or ignore stimuli. It leads to abnormal sensory seeking, or hiding from stimulation.

Sensory-based motor disorder leads to trouble with tasks that require motor control like holding utensils, sitting up straight, and balancing. People with sensory processing disorder may have trouble with one or all of the categories in differing severity.

Inconsistent severity of symptoms can make SPD difficult to diagnose. Left untreated, SPD can lead sufferers to feel so overwhelmed that they isolate themselves to avoid over-stimulation. It can also lead to anxiety, secondary depression, social isolation, or trouble succeeding at school or work.

SPD and ADHD
SPD can be a stand-alone disorder, or it may co-exist with other disorders, such as ADHD. Up to 60 percent of children with ADHD also suffer from symptoms of SPD. Lucy Jane Miller, Ph.D., director of the Sensory Processing Treatment and Research Center, in Denver, Colorado, has found that “more than half of children suspected to have ADHD had SPD or both conditions.”

Examine their symptoms side by side, and you’ll see some striking parallels, and notable disparities. ADHD and SPD share fidgetiness and inattention in common. The big difference: If you take away the sensory overload of an itchy tag or a humming florescent bulb, a person with SPD will change her behaviour appropriately. The person with ADHD does not. When ADHD and SPD do co-exist , it’s important to distinguish one from the other because their treatments are different.

Causes of SPD
As with ADHD, the causes of SPD can be unclear and may be genetic, but there are also extrinsic factors that may put children at risk. These include maternal deprivation, premature birth, prenatal malnutrition, and early institutional care. Frequently bundling a child, infrequent handling and interaction, and propping up bottles for feeding all deprive the infant of the stimulation that promotes sensory integration. This may explain why the incidence of SPD is higher among children who were adopted from orphanages. Repeated ear infections before age 2 may also increase the risk factor.

Diagnosing SPD
Once you recognize the signs of SPD in you or your child, locate a knowledgeable professional – usually a trained occupational therapist — to perform an evaluation. And the earlier the better. Many people with SPD never receive an accurate diagnosis. Since its symptoms can resemble so many other neurological conditions, SPD is often misdiagnosed as ADHD, a learning disability, or even pervasive developmental disorder.

Protocols exist for diagnosing SPD, including parent surveys and other clinical assessments that look for red flags and developmental delays. An evaluation may include a physical exam, speech and language evaluation, and psychological questioning. Some doctors are skeptical about SPD because symptoms are not quantified and vary from individual to individual. SPD is not yet recognized in the DSM-V. Make sure to find a physician who understands the condition. Typically, occupational therapists with advanced training in sensory processing and integration are qualified to identify the condition.

Many people develop strategies to avoid unpleasant stimuli, a coping mechanism that can complicate a diagnosis. Some avoid certain activities or textures, which masks, but does not eradicate the condition. Others seek out symptom-diminishing activities such as swimming or swinging, which help regulate brain pathways responsible for integrating the senses. Sometimes people outgrow or grow into symptoms, and find an occupation that “protects” them from unpleasant sights, sounds, and smells.
A diagnosis can help, even if it comes in adulthood.

Treatment Options for SPD
Most individuals with SPD work with an occupational therapist on activities that help retrain the senses. Many therapists use a sensory integration (SI) approach that begins in a controlled, stimulating environment that challenges the senses without overwhelming the patient or feelings of failure. Over time, the goal is to extend the patient’s learned, appropriate responses developed within therapy to the world outside the clinic: home, school, and life.

Treatment may also include a “sensory diet” wherein activities are introduced in a gentle, fun way in order to ease a patient into a range of sensations. This approach works best when patients practice these activities at home with their families. It may also include listening therapy (LT), which involves listening to a variety of sound frequencies and patterns to stimulate the brain. Both occupational therapy and LT use principles of the theory of neuroplasticity, which posits the brain can change based on experience – which may mean months, or even years, of practice.

Some people with mild symptoms find that complementary treatments such as acupuncture and craniosacral manipulation provide relief of symptoms, though research has not confirmed their effectiveness. Any alternative treatment should be administered under the supervision of a qualified therapist.

Lifestyle changes that make the environment less invasive can help as well – sound-cancelling headphones, tag-free clothing, and sunglasses are used with success by many families living with SPD.