Thinking about Bad Behaviour as Lagging in important Thinking Skills 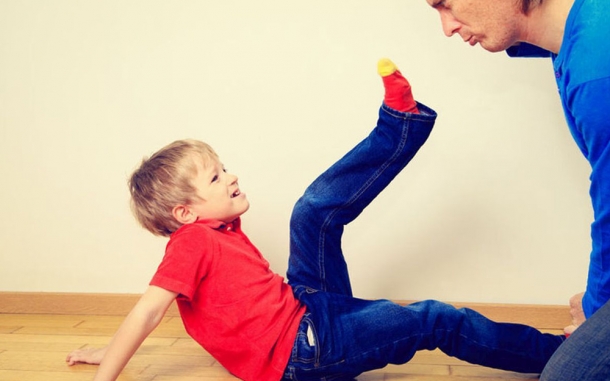 In “Lost at School: Why Our Kids with Behavioural Challenges Are Falling Through the Cracks and How We Can Help Them,” Ross W Greene writes that kids with social, emotional and behavioural challenges lack important thinking skills.

From Chapter two: “Kids Do Well If They Can,” here are some thoughts.

Diagnoses may be called for, and medication may be useful. But in every case a diagnosis is simply a name game. It doesn’t really tell you what skills are lacking or what to do about that, says Greene.

According to Greene, the problem is lagging skills — skills that normally developing and maturing brains have mastered automatically.

Sometimes the demands being placed on a kid exceed his capacity to respond adaptively. The result: he challenges the world around him. We need to teach him the skills he lacks.

Take a look at some of the judgements we like to make:

He just wants his own way.
Again, says Greene, we all want our own way, and most of us are able to accomplish it adaptively. But that requires skills often found lacking in these kids.

He’s manipulating us.
Greene feels this very popular response about behaviorally challenged kids is misguided. Competent manipulation requires various skills — forethought, planning, impulse control and organization — which are typically lacking in these children. Kids most often described as being manipulative are those least capable of pulling it off.

He’s making bad choices.
Asks Greene: are you sure he has the skills and repertoire to consistently make good choices?

His parents are incompetent disciplinarians.
This is also popular, admits Greene, but it fails to take into account the fact that most challenging kids have well-behaved siblings. And this statement doesn’t help anyone at school deal effectively with the child while he’s in the building.

He has a bad attitude.
But, says Greene, he probably didn’t start out with one, and “bad attitudes” tend to be the by-product of countless years of being misunderstood and overpunished by adults who didn’t recognize a kid lacking crucial thinking skills. Kids are resilient, he thinks; they come around if we start doing the right thing.

He has a mental illness.
Even if the child meets diagnostic criteria and may even benefit from psychotropic medication, Greene feels this description is a nonstarter. “Mentally ill” is a limiting way to describe people with social, emotional and behavioral challenges. Call it “problems in living,” and assist in teaching adaptive thinking.

His brother was the same way.
So it’s the gene pool. But we can’t do anything about that, and chances are his brother lacked the same important thinking skills.

Determine Which Skills are Lagging
For example, a child might have difficulty handling transitions, shifting from one mind-set or task to another.

This lagging skill is called a “shifting cognitive set,” and is required any time a person moves from one task to another — gathering supplies and books from his locker to getting down to work in class. Some kids are more likely to be baffled and struggle when life demands that they shift cognitive set. They need to learn how to shift gears efficiently, and it’s a skill many challenging kids do not yet have.

If we want to help a kid whose challenging behaviour is precipitated by demands for shifting set, we have a skill to teach.

Some children have so much difficulty mannaging emotional response to frustration that they can’t think rationally. This is called “separation of affect.” It means he can’t separate his emotions about a problem from the thinking he has to do to resolve the problem.

Kids skilled at separating affect tend to respond to problems or frustrations with more thought; but those who lack the skill respond with more emotion. Those children need to learn how to put emotions on the shelf so they can think rationally.

Analyze the Situations Where Behaviour Occurs
Besides identifying skills that need to be taught, a second piece of information is needed: when and where do problems occur?

A “situational analysis” can give you invaluable information about the triggers or antecedents of troubling behaviour. It may be circle time, or recess, or a certain other child, or just the word “no” (and what it is the adult is saying “no” to…). These situations are setting the stage for maladaptive behaviour.

New Lenses, New Tool
Greene’s mantra throughout the book is - Behind every challenging behavior is an unsolved problem or a lagging skill (or both).

Lagging skills are the WHY. Unsolved problems are the WHO, WHAT, WHEN and WHERE.

Greene offers his assessment tool called ALSUP (Assessment of Lagging Skills and Unsolved Problems). The ALSUP is a list of the lagging skills a child needs, along with a section for listing unsolved problems or triggers.

He suggests bringing a copy of the ALSUP to meetings in which a child’s challenges are being discussed. Why? Greene contends all caregivers of a particular child must achieve consensus on and list the problems that seem to be precipitating the challenging behaviors.

Why consensus? Because if caregivers have disparate notions about what’s getting in this child’s way, there can be no coherent treatment. The time devoted to hashing out and coming to a consensus about a kid’s lagging skills and unsolved problems is worth it in the end.

Once everyone has a handle on this child’s lagging skills and unsolved problems, they’ve taken a major step toward fixing things. The kid’s challenging episodes are now going to be highly predictable. Caregivers and teachers will be able to be proactive.

Greene feels that children who haven’t responded to natural consequences don’t need more consequences. They need adults who are knowledgeable about how challenging kids come to be challenging; who can determine which skills are lacking and which problems are setting the stage for maladaptive behaviour; and who know how to teach those skills to solve the problems.

Contents
The nine chapters are titled “School of Hard Knocks,” “Kids Do Well If They Can,” Lesson Plans,” “Let’s Get It Started,” “Bumps in the Road,” “Filling in the Gaps,” “Meeting of the Minds,” “School of Thought,” and “Lives in the Balance.”

In addition, the book includes the Assessment of Lagging Skills and Unsolved Problems (ALSUP), a Collaborative Problem Solving (CPS) Plan, Sources, Books Cited and Other Recommended Reading, and an Index.

For over 20 years — first in Albuquerque and then in Columbus — I have tutored children of all ages, as well as some adults. I cover reading, writing, spelling, comprehension, and any related language issues, as well as concerns with study skills as they arise.