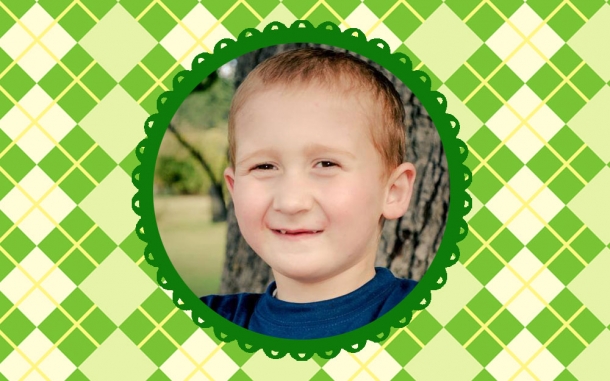 Profession:
Self Employed /
Founder and Chairperson of the Pierre Robin Sequence Foundation

Is this your only child?
No.

Diagnosis of child:
Pierre Robin Sequence (PRS) is a condition present at birth, in which the infant has a smaller-than-normal lower jaw or set back from the upper jaw, a tongue that falls back in the throat and obstructs the airway, and difficulty breathing. Most infants, but not all, will also have incomplete closure of the roof of the mouth (cleft palate), and is commonly U-shaped. PRS is rather uncommon, classified as a rare disease. A German prospective study reported an incidence of 12.4 per 100,000 live births. In contrast, cleft lip occurs one in every 700 live births.

What are the biggest challenges facing your child on a daily basis?
At the moment, life is okay. Our hardest times were when Joshua was born...

Joshua was born on the 20th October 2008 - the happiest day ever. After delivery the Dr came to us and said there were two problems with Joshua, No 1, he had fluid on the lungs and No 2, he had a facial deformity. As you can imagine our hearts sank into the pits of our stomach as nothing had shown up on any of the sonar’s, but then the Dr came back to us and said, its okay he just has a slight cleft palate and brought Joshua to us so that we could meet our little man. I was sent into recovery for an hour and Joshua was rushed off to ICU for his cleft.

After returning to the ward, I waited about 2 hours to see my child, when they eventually brought him to me to feed, he wasn’t able to latch. After lots of tears and frustration, the nurses took him back to the ICU and fed him via a tube in the nose.

Joshua was diagnosed with Pierre Robin Sequence (http://pierrerobin.org.za) two weeks after birth by the plastic surgeon, we went to see regarding his cleft palate, we then went straight to his paediatrician, who had a fat text book open on his desk, and showed us what Pierre Robin Sequence was from the text book.

When I asked Joshua’s Dr “what are the implications of PRS”, he shook his head and said “I don’t know”, at that moment I felt so lost. We had no one to turn to for answers or advice. We spent lots of time researching PRS on the internet but there was very little information available.

Joshua’s health and weight deteriorated over the next 6 weeks. I could see something was seriously wrong with my child, and all the Dr’s we went to see, all said that as long as he was drinking fine, there was NO problem. But I still knew something was wrong because when he breathed his whole chest (diaphragm) would cave in like he was battling for air, he had a permanent blue tone to his skin, he had to sleep on his tummy or on his side, we eventually had him hang over a pillow on his tummy to try and help him get air. He had terrible reflux when he drank, he was on reflux medication, we had to constantly change his milk. He had lost 1.6kg of weight in 6 weeks. Joshua went into respiratory arrest 3 times in 6 weeks.

The 3rd time Joshua went into respiratory arrest, we rushed him off to the emergency room, and we were told that the only thing that can help my child was to give him a tracheostomy, when I asked the Dr how long Joshua would be in hospital, he told me “as long as he has the tracheostomy he will be in hospital”. I had this horrific vision of my child being in hospital for the rest of his life. They admitted him and had him on oxygen, but it didn’t help him at all. They had him on a Sats monitor that said his oxygen levels were at 100% but you could see he was still not able to breathe properly, he was still gasping for air.

The following morning, another Dr came to see us and said that there wasn’t much more they could do for Joshua there, so they were transferring us to the Red Cross Children’s Hospital here in Cape Town. Upon arrival at Red Cross, Joshua was admitted for observation, and to our surprise these Dr’s knew what PRS was. We were once again told that Joshua would need to get a tracheostomy, and we signed the consent papers..

Joshua went into respiratory arrest again during that night and they had to give him and emergency Tracheostomy. The hospital called us that morning to tell us what had been done and that Joshua was in recovery. When we came to see him the following morning, he had tubes all over the place - he laid so peacefully in the bed that I had to do a double take just to make sure he was still breathing. His chest was not caving in anymore, he had the normal pinkish tone to his skin, I knew my son was going to be okay.

We stayed in hospital for two weeks where we had to learn to change and clean the trachi. Joshua started gaining weight and we were discharged 2 weeks before Christmas. We were also told just before leaving the hospital, that had Joshua not gotten his trachi when he did, he would not have made it.

Joshua had his cleft palate (hard and soft) repaired in July 2009. Joshua still has a very small fistula in his palate, but his Dr is happy not to operate on it.

Joshua had his trachi in for 15 months, and grew from strength to strength. The trachi came out in March 2010 and he had his fistula (hole) closed in September 2011. Joshua’s chin grew out naturally, so we are grateful for not having to have Jaw Distraction (a procedure where they pull the jaw forward over a period of 10 days)

Joshua has had to have all but 5 teeth removed, as his teeth were so brittle from all the medications he was on. He has a few speech issues, but that has been taken care of with speech therapy. Joshua also has to have grommets in his ears at all times, as he doesn’t have the muscle in the ear that regulates the fluid build-up.

So as one grommet falls out, it needs to be replaced. We can generally tell when the grommets have fallen out, as his speech tends to go down drastically, so that is a good indication that we need to have his ears checked out.

What are the happiest moments you have with your child on a dialy basis?
All our moments are happy, knowing that Joshua is OK.
Being born with PRS does not define who he is as a person.

Are you married?
I am married, but Joshua’s dad and I are divorced.

Has your special needs child had an effect on your marriage?
I think having a “special needs” child did effect our marriage. I ploughed myself into my sons condition for two years (while Joshua had his trachi), and I feel his dad ploughed himself into his cycling, (that was and still is his comfort zone), we just grew apart more and more. By the time Joshua was not so dependent on me anymore, I feel it was too late for us to get back to how things were before we drifted apart.

Are your family and friends supportive?
Yes they are, most of my friends are there for me. From the beginning when Joshua was born, to now when I started my NPO - they are still that all-supportive crowd.

What has your child taught you about yourself, both positively and negatively?
Shjoe… Joshua, has made me a much stronger person, he has taught me many things about myself. Joshua has given me the determination to help others who have children with PRS.

Do you take time out, if so what do you do to relax?
Time out… what is that? But when I do take a time out… I nap, I love my afternoon naps (while the kids are napping that is).

What has made the biggest difference to your child’s quality of life?
Joshua’s speech is not 100% compared to the “normal” child. This does sometimes play on his self-esteem, but we are working through all of that.

What is your dream for your child?
I am proud to say that after 4 years of research and planning, the Pierre Robin Sequence Foundation is now a registered NPO, and we help children and families not just in South Africa, but around the world. My dream for Joshua is that he will one day take over the PRS Foundation, and help create awareness for PRS, and help other families with PRS babies. He already is my biggest PRS ambassador!