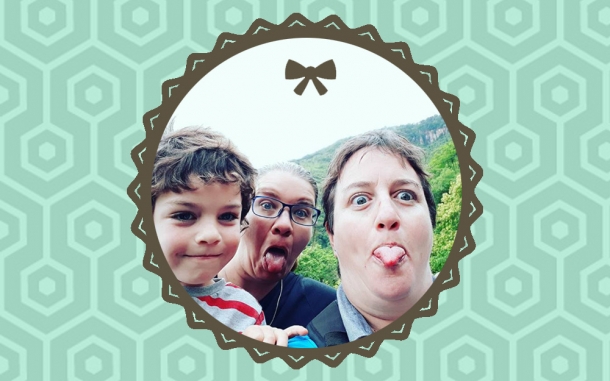 Is this your only child?
Yes

What are the biggest challenges facing your child on a daily basis?
Social interaction: Owen struggles to understand that what is in his head isn’t in everyone else’s head (this is called ‘theory of the mind’). As a result, he doesn’t engage effectively with his peers or those around him. He won’t, for example, have a conversation about what happened in his day, or ask a question about something in his environment. He may have a great imagination, but we won’t know about it until he learns that he should tell people what he is thinking.

Echolalia and Scripting: these are behaviours linked to autism that manifest in Owen’s speech. Because of Owen’s great memory, he has a library of phrases, sentences and whole scenes from movies, real life, videos and books stored in his brain. He will often hear a word or phrase or be in a situation that will remind him of one of his scripts, and he will then recite this phrase, sentence etc complete with accents, actions and sound effects. He may do this spontaneously or when he is feeling tired or anxious as well. Eg. Because he has a script about a toothbrush, he will say “Bronty, this is a toothbrush, and this is toothpaste” every time I hand him his toothbrush in the bath.

Owen’s Sensory Processing also presents challenges for his diet. Owen will only eat dry, pretty plain food – so fish fingers, chicken nuggets, plain toast, dry bread etc. This means that Owen does not always get the nutrients he requires for a good diet and we have to keep him on supplemental vitamins and probiotics.

The fact that the whole day is often an assault on his senses (imagine feeling your clothes all day – like when you wear a heavy jacket in winter, or a tie around your neck, or pants that are too tight; imagine everything you ate was too spicy; imagine being in a plane and hearing the white noise created by the engines and the muted conversations around you, all day … everyday!), he often needs proprioceptive feedback to calm him down and centre him. This means that he needs loads of tight hugs (not that much of a challenge ?), lots of swinging, jumping, wrestling etc. We have bought Owen a lycra hammock and 2 different swings for home. These allow him to give himself this feedback. In summer he spends much of his time in the pool under water – these activities give him the peace that comes from temporarily being able to drown out all the information that is fighting for his attention.

Delayed learning: because Owen has struggled to learn in a group (not being able to focus with all the neural noise), we have recently moved him to a Newberry Park in Blairgowrie where he is making amazing progress and learning and growing at a good pace. However, he was 5 when we moved him. Up until that point, he had been in, first, a neurotypical nursery school, and then a special needs nursery school – neither of these were able to provide for Owen the type of programme that he required in order to learn effectively. As a result, he has not learned what he should have by now. He cannot recognise his name when written, he has very poor fine motor skills, he does not understand simple number concepts, nor is he able to understand the concept of reading etc.

What are the happiest moments you have with your child on a daily basis?
Our boy is sweet and loving and funny. We love watching him learn and grow. Everyday (especially since he has been at Newberry Park) we find that he has learnt something else and able to generalise it or use it in a different context.

My favourite time of day is the bedtime routine, where we read stories, say prayers and get to lie together. Owen (atypically of autistic kids) is very loving. He craves loves and hugs. And so at night, we snuggle until he falls asleep.

Are you a single parent or married? Married.

Has your special needs child had an effect on your marriage?
Yes. The first year after finding out was especially hard. We struggled to accept the diagnosis. We both dealt with it in different ways. And, while neither of us blamed each other, we certainly spent a lot of time trying to understand why. We also accepted different things at different times. So, it took my wife a little longer to accept that there was a problem at first- but then, it took me longer to accept that we would need to put him in a special school.

You mourn the loss of the child that you thought you would have. And because both of you are going through the issue – it is hard to provide comfort for each other.
But, once we got through the beginning of the hard stuff, and found a rhythm of working together in this new challenge, we have found that Owen has brought us closer – we have to solve mutual problems and share mutual moments of pride, joy, fear, sadness and laughter.

What has your child taught you about yourself, both positively and negatively?
Although I like to pretend that I’m “go with the flow”, both Candice and I had goals, expectations and visions about what life would be like with kids. Candice was super-sporty growing up, so she had hopes for a kid that she could kick a ball around with, or take fishing or teach to ride a bike. I had expectations of proudly watching my colours filled-blazer adorned boy kick butt in a debate! Owen taught us that as much as you plan and hope, God sometimes has other plans. And that sometimes those plans are much more interesting, exciting, beautiful than the ones you could have dreamed of.

Owen has taught us that it’s ok to say no to an invitation, to leave early if you’re uncomfortable or to ask people to rather come round to yours – cos sometimes it’s easier than all the effort of preparing him for a new situation. I have a lot of Catholic guilt about saying no. Owen helps with this.

On a note about fear, we have watched Owen overcome such amazing things. Being deathly fearful of the dark bottom of the passage in my mother’s house to quietly exploring it in his own time and eventually voluntarily going down there. We have watched him going from being terrified of social situations, to voluntarily joining a group of kids watching a magic show the other day.

Owen has taught us that so much can be said without words. We have learned to read Owen’s body language, facial expressions, words that he does use, scripts in context. We know what he needs and why he needs it – without him having to tell us.

Owen has taught us that tough love sometimes means that we need to push him to do things that he doesn’t necessarily want to do – that may be going to school, trying a new educational game… or even trying a different type of chocolate #facepalm Owen has also taught us the words of every episode ever of Paw Patrol ever!

Finally, Owen has taught us that love is limitless and does not discriminate. And that we are capable of that love!

Are your family and friends supportive?
Our family is supportive and loving and we would not cope without them. Candice’s mom provides a very practical support in that she takes and fetches Owen daily to all his extra-murals. She also spends time trying to teach him to play (a skill that does not come naturally to him). She is so good with him.

All our extended family have become autism activists. From afar, they share posts of Facebook about successful autistic adults or cool things that have been developed for autistic kids. From near, we are very lucky to have willing and eager baby sitter to give Candice and I some alone time or time to catch up on work.

My mom, who never reads, has read so much and tried to learn so much about autism and changed some of the paradigms of her own thinking to adapt to our special boy. Both our dads struggled a little with Candice and my unconventional relationship and the fact that we chose to have Owen through artificial insemination – but both of them have allowed Owen to creep very deeply into their hearts. Owen has uncles, aunts and cousins who have all learnt, and loved him unconditionally.

We are blessed with such a supportive network of family and friends. We have started a group on whatsapp called #awetism for some mommies from our old school and they have become friends who understand when screaming in public happens or plans need to be cancelled last minute – or when we need to go to places where we have been before. We are also able to share stories and experiences in the group - Awestim - More than a Diagnosis

We have an amazing team of therapists and doctors who all love Owen and treat him with high expectations – but then help him to meet these.

Do you take time out, if so what do you do to relax?
We like to watch series (read binge watch for hours on end).  We may go out with friends or just use time without Owen to catch up on work – which has the end result of relaxing us.

What has made the biggest difference to your child’s quality of life?
This is a hard question to answer because I don’t think that there has been or is a silver bullet.

So, I will answer with the most recent big change we have made that has yielded in massive change and growth for Owen, and that is pulling Owen out of a remedial school and putting him into a full-time ABA programme at Newberry Park.

What is your dream for your child?
We dream for Owen to find his passion and natural skill – that he may able to use this to become independent and more importantly, to be able to contribute to society.