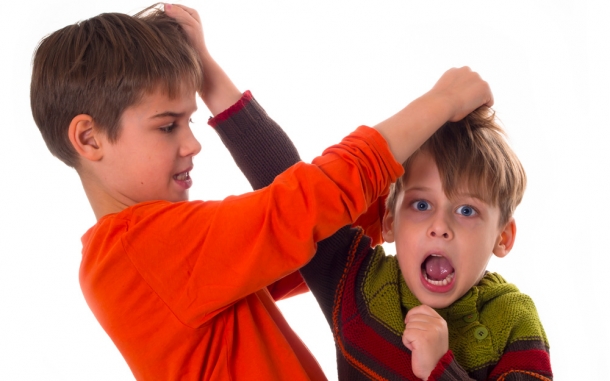 “I had a second child,” a mother says, “because I want my son to have company as he grows up.” Which made me think:

Of course, life with siblings can also be an enriching experience. For many people, life would not be the same without a sibling with whom they can shoulder life’s burdens or celebrate common experiences. But we should not assume that the sibling relationship is always easy. From the very beginning sibling rivalry rears its head. Toddlers want to protect toys; young school kids, having internalised the concept of fairness, will dispute a sibling receiving perceived preferential treatment; teenagers bent on becoming independent might resent doing household chores that younger brothers and sisters do not have to do.

These age-dependent conflicts could also be exacerbated if one child has special needs that require other siblings to accept less parental attention, or if one of your children has a temperament that intensifies the conflict – a child who is sensitive and needy might not be well matched to a more robust and independent child.

When fights do break out, what should you do? Wherever possible, don’t step in. It’s difficult to adjudicate the truth in these fights, with both parties making an equally impressive case for why they are the victim. Taking sides can also increase dependency on one side and resentment on the other. At the same time, you don’t want to feel like Cinderella’s father, benignly standing by while others burst into cruel laughter, mocking their younger sister.

If the heat of the moment requires you to step in because of possible violence or vicious name-calling, the advice one can give is based on common sense. Start by separating the combatants. If possible, allow a little cooling off time. Make it clear that violence and insults are not acceptable. As far as possible, encourage your kids to resolve the problem themselves. Of course, this doesn’t always work, but in doing this you are laying the foundation for a time when they are able to find a win-win solution.

Over the long haul, family problems like this are better prevented than treated. Somewhere in that busy schedule of work, school lifts, extra lessons and meetings, try to work out a preventative approach.

As disputes arise, talk about the concepts of fairness and equality. You can’t always treat children equally but you must always try to be fair.

Except when they don’t.

Situations I deal with in my practice include families where siblings haven’t spoken for 20 years, a grandmother who still struggles to deal with her older sister’s bossiness and constant one-upmanship, and a man in his 30s who still bitterly resents his successful, much loved younger brother.

Perhaps if parents had from the beginning consciously adopted the sort of approach I have mentioned, a lifetime of distress might have been replaced by a valuable sibling friendship.