I Left A Child Behind! (How I dropped the ball with my non-ADHD child) 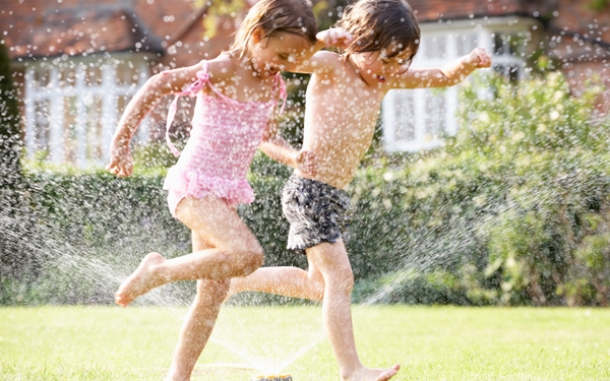 Even though I don’t write about the other one much, I really do have two children. One (my 12 year old son, D) has ADHD, the other (my 9 year old daughter, L) does not. If you met them both on the street, you could easily see that D and L are related. They both have blonde hair and beautiful blue eyes. They both gush over animals and babies, and they both can do a wicked Pee Wee Herman impersonation. They both talk about Pokemon constantly. They’re hilarious, sweet and quirky.

If you looked closer, though, you would see glaring differences. And there is no place where those differences have been more obvious than in school.

Where school is concerned, they are like night and day. One week into D’s kindergarten year, he was the kid with the dreaded “happy face” behaviour sheet, split into 1/2 hour increments. School was pretty much a nightmare from then on. I’m sure those of you who have children for whom school is a “nightmare,” can probably imagine what we have gone through, because I read enough of your heartbreaking stories to know that you do.

L hasn’t had a fraction of the issues in school that my son has. Up until this year, she was the kid getting the “L is a delight to have in class” notes on her report card. She was the kid who would check off her list of things to do in her homework packet and would remind me that her class could bring a snack to school the next day. She has always gotten along with other kids, and has always had friends. I have often wondered if I was taking that for granted. In my deepest darkest moments, I even found myself RELIEVED that I only had one child who struggled with ADHD and school (my heart goes out to those of you who manage multiple children with multiple diagnoses). I have also tried to be aware of how I might be compensating for the fact that she has had it so EASY when my son seems to always have everything so dang hard.

Then, L hit fourth grade. Progress reports came home, and her grades were not good. She was very upset and told me that she was having trouble in maths, that she hated school, and that she didn’t think she had any friends. I also found out that homework (which had been completed by her and checked by me) wasn’t getting turned in.

It was a huge wake up call for me. I told myself that I had become complacent and had happily subscribed to the notion that “no news was good news.” If I’m truly honest, I wasn’t just complacent. I was lying to myself. I was lulled into a false sense of security where her schooling was concerned because it just didn’t take up very much of my emotional or physical energy. And if I’m super-duper honest with myself (and you), I liked it that way.

Things clearly needed to change. Learning that she was struggling in school made me rethink my whole approach to my involvement in her education. After a conference with the teacher, we identified some areas where she needed more parental attention. Seeing as I couldn’t (and shouldn’t) use the helicopter approach like I had with my son, I had to figure out a more balanced approach.

I decided to focus on a few key areas that I could do something about:

Duh! Why hadn’t I been emailing her teacher, just as I had with my son? Even though she may not have needed the constant communication that my son did, I could still email the teacher every other week to make sure she was doing okay and that things were getting turned in.

After sitting down with her teacher and finding out exactly what was going on, I decided to focus on a few key areas I knew I could keep on top of. For example, I found out she wasn’t participating in her Accelerated Reader program. Her teacher informed me that she was choosing books that were too easy for her, and that she should really be challenging herself more. Now we go through the list together and I help her choose books that will fulfil her AR requirements. We’re also focusing on improving maths skills and staying aware of her use of classroom time.

Keep it in perspective

Because I hate making mistakes or hurting anyone, I tend to over-correct when I realize I have dropped a ball. At first, I wanted daily reports and weekly conferences. After I calmed down a bit, I really had to give myself a break and remember that I didn’t leave L behind on purpose. I was just so darn happy that I didn’t have to drag her through every moment of school, I let some things slide. I did have a conversation with her that acknowledged the fact that I hadn’t been paying enough attention to what was going on at school. I wanted her to know that as much as I want her to be responsible for her own work, it’s my job to keep her accountable and to make sure I know what is going on.

I know that fourth grade is a game-changer for a lot of children. The academic expectations increase and the social pressures grow. For my daughter, it has been difficult for her to suddenly struggle in areas where she has always had it easy. This experience has made me more aware of what I was missing in terms of her education, but I think it’s also made her more sympathetic to what her brother has gone through all these years.

I am far from having all the answers on how to give kids the level of attention they deserve based on their individual needs. I definitely learned that just because D’s issues are more visible (or loud) it doesn’t mean L isn’t having a tough time also. I just have to learn to listen and ask for the right things from my daughter.

Kara Thompson is a Marriage and Family Therapist in Lenexa, Kansas and a homeschooling mom of a teenage son with ADHD. You can find Kara on her website at www.karathompson.com. This article first appeared on “ A Mom’s View of ADHD.”