How Does a Blind Child Learn 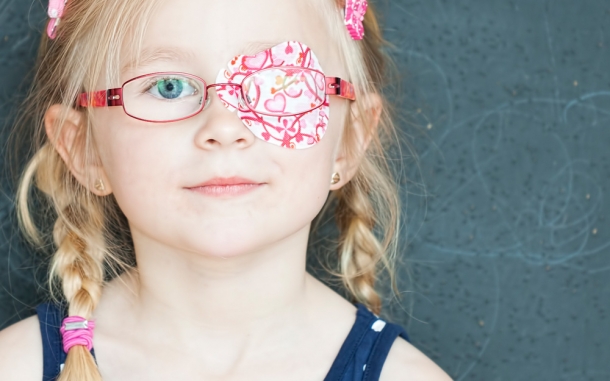 One blind mother who has raised three blind children to successful adulthood says, “Expect the blind child to learn the same things as any other child, but realize that he may need to be taught differently.”

The little child learns many things by imitation - speech, attitudes, body positions, etc. Some of these, such as speech, are non-visual anyway, and will not be any different for the blind child. But in matters such as hand coordination, you will need to arrange an alternative to visual imitation. The sighted child sees adults using silverware in the conventional way. Soon he is trying to imitate--often getting the food all over himself and the wall, but imitating nevertheless. Gradually his imitation becomes closer and closer to the norm. If the sighted child is reminded, “Hold your fork right,” he can look around and see how the others are doing it.

Some schools of thought have stopped at this point, and concluded (wrongly) that the blind child will necessarily do poorly on such things as table manners, because he cannot see what others do. We would, instead, provide a way for him to learn: we help him to observe tactually the motions of others, and we also move his body through the motions as appropriate. Sometimes, as you feed your infant, guide his hand to help him examine the spoon with his fingers. Help him examine how it is held in your hand, how it enters his mouth, etc. He might keep his hand on the spoon as you move it. Talk to him, too. Even long before he is able to talk, he can begin to understand words.

With this approach, through a series of gradual steps the child begins to feed himself. One day he will probably try to grab the spoon away from you. Gradually, as it is appropriate, take his hand and help him grasp the spoon to go through the motions of feeding himself.

Many situations are similar to the above, in that the child can easily be helped to observe (tactually) others performing a task, and then can be helped to begin it himself. However, sometimes a certain amount of planning must be done to make this possible. Suppose, for example, that you board the commuter train each morning as your wife and your preschool daughters wave good by. If one child is sighted, she sees the train and gains a reasonable understanding of how you are transported. If some care is not taken, the blind sister will learn nothing except that Dad has left with something noisy called a “train.” Looking at a small model train may be interesting, but is not extremely helpful with a preschooler who has no conception of what a real train is like. Instead, arrange for the children to ride along occasionally. Help the blind youngster to examine the outside of the train when it is stopped. On the inside, talk to her about the seats, the doors, etc., as she examines them by touch. Walk with her from one car to another. Talk to the engineer. This kind of experience is valuable for the sighted child also, but essential for the blind child.

One need not give up if a particular experience cannot be provided in ideal form. If it is impossible for the children to ride Dad’s commuter train, probably they can examine and ride in some fairly similar vehicle--perhaps a subway, or at least a bus. When the child has had a similar experience, then comparison can be used: “Daddy’s train is like lots of buses all hooked together in a line.”

Blind children often have great gaps in their understanding, such as being unsure whether certain buildings have roofs. Watch for things like this, which are seen and perceived by the sighted child but are not reached by the young blind child on his own. Lift him on your shoulders from time to time so that he may touch the ceiling and know it is there. Do this outdoors also, as you point out that there is no roof over him. He will eventually understand anyway, but you can help him learn more quickly and easily.

In teaching your child, at first you will help him become thoroughly familiar with one example, such as one particular train or bus. Move on, however, so that he learns that variety exists. Ride on another train or bus that is quite different. Look around for chances to show him examples of variety in familiar types of things, as well as things which may be totally new to him.

Despite all efforts to show him the “real thing,” there will be times when models must be used. After all, we probably cannot have him pet a live lion. The most useful models are fairly large and very realistic. Tiny plastic toys are usually not very meaningful, and may even have inaccuracies such as being hollow on the underside. If such models are encountered, you might say, “This toy zebra is so small that we can’t feel the different parts very well. You remember what Uncle Bob’s horses look like, don’t you ? Zebras look a lot like horses, but they always have black and white stripes.”

Another situation where touching is impossible occurs with television and other pictures. With the older child, often the regular audio or narration will be enough, and at other times a family member may explain. For the young child, you will often need to provide concrete experiences, as discussed in various places throughout this book.

It is vital that a blind child learn to look with his hands skilfully. Explanation and guidance are necessary for a meaningful learning experience. Place the child’s hand(s) on the object as you explain, for example, “This is a mailbox. It feels hard. It’s made of metal.” Help the child move his hands around on the object to look at the whole thing, and explain further as necessary: “Now we pull this handle to find the place to put the letter.”

As your child pets a lamb, talk about the tail, the back, etc., as he examines them. Help him to move his hands meaningfully from one part to another, rather than just patting here and there. Gradually teach him to examine things systematically by himself.

Point out relationships and position as your child examines a new object or idea. The keyhole is under the doorknob; the volume control is the last knob on the right; we reach up over the sink to find the towels; the light switch is down when it is off.

A few concepts are strictly visual - the rainbow, the blue sky, etc. As the child grows old enough that he should know about such things, explain them. Colour, for example, might be loosely compared to high and low pitched tones. Help your child learn such ordinary associations as blue sky and green grass, so that he does not appear ignorant. In discussing colour, try to avoid the two extremes of (1) never discussing it at all because it is feared that the child will feel sad, or (2) dwelling on colour constantly in an attempt to deny blindness. For example, it is valuable to teach a totally blind five-year-old that his raincoat is blue, because he can then answer the first question that will probably be asked if his coat is lost at school. Also, at Halloween he can easily learn that pumpkins are orange, and this knowledge will be useful throughout life. However, if we tried to teach him the colour of each and every toy he owns, he would quickly become bored--and further more, this knowledge would become useless as he outgrows the toys.

Some concepts which may seem entirely visual, however, actually involve other senses as well. A good example is a shadow: the area shielded from the sun is not only darker, but cooler as well.

As the child approaches school age, the matter of social acceptability becomes important in regard to his ways of learning. On the one hand, we should expect him to continue to examine new objects by touch. Society should accept this as a normal way of learning. On the other hand, there are certain types of touching in which the social disadvantages far outweigh any learning value. An outstanding example is feeling other people. The very young child really does need to feel other people’s arms, faces, etc., in order to learn what people are like. However, the school-aged child should be beyond this stage. He can become acquainted with others through conversation and through the limited physical contact that is socially acceptable. He does not need to feel faces, legs, feet, etc.

In teaching your child what he should and should not touch, consider the questions, “Does it help him learn?” “At his age, is there any substantial disadvantage to his touching?”

Similarly, any child beyond babyhood should stop chewing or mouthing objects. Although all babies learn about the world in this manner, the older blind youngster has no more need for this than other children do. He can learn that mouthing toys, furniture, doorknobs, and similar objects is not socially acceptable. Thumbsucking and nail biting can be dealt with as they would be with a sighted child.

The little child learns through what we call “play.” He also learns by imitating the actions of his parents and trying to “work.” He learns from the speech and general behaviour of adults and children. In short, he learns from all of life.

Doris Willoughby is a well-known author as well as a teacher of blind children. This article is from her book, A Resource Guide For Parents And Educators of Blind Children.