Why Toughen Up Doesn't Work 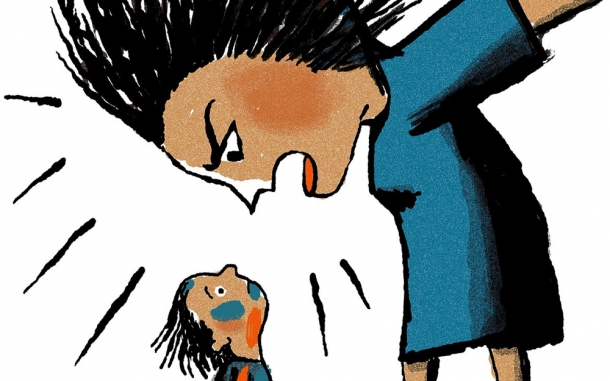 I once had a 7-year-old boy in my school named Joe who had sensory processing issues. Joe reacted strongly when anyone touched him, especially if he wasn’t expecting it.

He had trouble in gym class and in hallways at school where other kids might bump into him. He would yell and sit on the floor holding his legs to his chest to avoid situations where he might be touched. At home, he didn’t want to be hugged or kissed. Family events were a nightmare.

Both the school and Joe’s mother made accommodations for his tactile sensitivity. But Joe’s father wasn’t on board, and he came to talk to me since I was an administrator at the school.

He told me he thought we were “coddling” the boy. He wanted his son to “just toughen up” so that other kids wouldn’t think he was strange.

Over the years, I’ve had a lot of conversations with parents when things aren’t going well. One of the hardest is when a parent asks how to get a child to “toughen up.”

I know what parents mean when they say this. There come times when you look at how a child is behaving over something that seems so simple, and you just want to tell him that he has to get over it and move on.

But as I explained to Joe’s father, when a child has sensory processing issues, he’s not going to “toughen up” in the way we might expect from a child who doesn’t face those challenges. The flaw in this approach is that a lack of toughness has nothing to do with sensory processing.

Here’s how I explained this to Joe’s dad.
People take in information through their senses—by seeing, hearing, smelling, and so on. The brain has to process and interpret this information and turn it into something useful to act on. But this process of making meaning from your senses can go wrong.

Think about how your hands can get so cold that you can’t tell if they are freezing or burning. Or that dress that was all over the Internet—the one people couldn’t tell if it was blue or white.

For kids like Joe, sensory processing doesn’t go smoothly in many routine situations. It’s not that these kids aren’t tough. Their brains simply work differently from the brains of people who don’t have these issues. And no amount of telling a child to “toughen up” is going to change that.

Moreover, telling a child with sensory processing issues to “toughen up” can do some real harm. If your child starts to believe he isn’t tough enough, he won’t develop the self-awareness he needs to understand his sensory issues. He won’t be able to explain to adults or other kids why he struggles and what he needs to succeed.

Over time, his self-confidence and self-esteem will crumble. Sadly, this domino effect can cause a lot more problems for your child in the long run than the sensory processing issues will.

Thankfully, after a few conversations, Joe’s dad began to come around. He truly wanted to help his son, he just didn’t know how. So I shared with him a strategy to help Joe.

Here’s what I told him: The next time you want to tell your child to toughen up, try saying instead, “I know this is uncomfortable for you. What can we do to make you more comfortable so we can all get going?”

You’ll have to have this same conversation many times. But each time, you’ll gain new insight into what might help right now and in the future.

Keep track of what your child suggests could help in the moment. Then, speak with him about those ideas later when he isn’t experiencing a crisis. That way, you’ll be calmer and more able to really think about the ideas. And your child will develop strategies for the next time an issue occurs.

Joe’s sensory processing issues didn’t go away, and they still flared up sometimes. But his relationship with his father got better. Joe’s dad was less frustrated, and he was able to help Joe calm down. Joe’s reactions also became less intense, so their family could function more easily.

I’m not sure if his dad ever felt that Joe “toughened up.” But it didn’t matter, since Joe was happier and more successful because of his dad’s understanding and support.

Our goal is to help the millions of parents whose children, ages 3–20, are struggling with learning and attention issues. We want to empower them to understand their children’s issues and relate to their experiences. With this knowledge, parents can make effective choices that propel their children from simply coping to truly thriving.