What Assumptions are we making about the High Functioning Child? 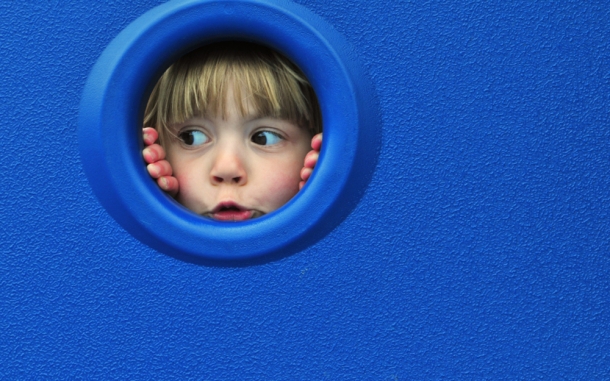 “She has high functioning autism – a milder case of autism.”

Experience has taught me that judgements like that are far from helpful. The words, ‘mild’ and ‘high functioning’ are, in fact, very hazardous to the well being of humans who need us to know better.

While a higher IQ and verbal ability can minimize the appearance of impairments that come with autism, make no mistake about it – the impairments still exist. If you aren’t convinced, take a good look at the child who follows the perimeter fence of the school yard at recess because he doesn’t know how to play. He’s probably the same kid who doesn’t get invited to birthdays because his peers consider him ‘weird’. Listen carefully to the teen whose attempts to converse with her peers about her passion for physics are met with cruel remarks or pity at best.

Be sure to consider the student who can read novels well above his grade level and yet cannot pack his schoolbag without supervision and reminders. Don’t forget the student who ‘loses it’ because she is being asked to write two paragraphs or work with a group to solve a problem.

Oh, autism can be so sneaky and misleading. It can fool the most experienced of us.

Young girls with autism are able to mask their social deficits while leveraging their ability to focus intensely on their school achievements and their innocent, if not eccentric ways. However, as the demands of the social and emotional world outstrip their social skills, teen girls and adult women with autism know all too well that they don’t fit in. The sense that something is ‘wrong’ with them leaves these individuals bewildered, self loathing and isolated.

They become easy targets for those who judge them as weird or crazy outcasts. Countless heartbreaking accounts of physical and emotional abuse drive individuals with autism who appear ‘normal’ into emotionally dark places and social isolation. Even the adults in their lives are guilty of failing to truly understand the power of careless words, expressions of frustration and disappointment. The bright kids are acutely aware – and ashamed.

Let’s face it, IQ cannot take away loneliness, isolation, depression and anxiety. In fact, it intensifies all of the above. Recall the old saying: ‘ignorance is bliss.’ To be fair, there isn’t anything blissful about autism, but, I do know that our kids who are higher functioning are often painfully aware that they are failing to meet the expectations of their peers, their teachers, bosses and even family. Intellectual ability shines an internal spotlight on the social faux pas, lack of true friends, and feelings of failure in academic and daily functioning areas.

When asked how he was enjoying his summer employment, our 22-year-old son with autism shared that he, “hated feeling as if he was constantly disappointing his boss.” This is a kid who was never late for work, took zero days off, followed the protocols to a tee and never left a job unfinished. Those are his strengths. I would even say that those traits are the upside to his autistic neurology. Unfortunately, all his boss could ever see were his mistakes – the errors he made in using tools he had never been trained to use and errors in carrying out hand on tasks that he assumed our son should instinctively ‘know’ how to do.

Students with autism who have verbal skills and high levels of intelligence are often viewed as students who choose to behave badly. Appearances can be misleading.
“Why won’t he just act his age?”

“She is intelligent and just needs to try harder.”

“He could achieve far more if he just paid attention”

Can you hear the judgement and assumptions in those statements? And yes, I am guilty of saying or thinking them too. A teen or kid who ‘freaks out’ out over nothing, seems perpetually distracted, argumentative and stuck on ‘his way or no way’ must be choosing to be a jerk, right?

The autistic brain is different. Structural and functional differences create a neurology that perceives and thinks about the world differently. This is not some far out theory – it is what we now know. We also know that these neurological differences result in a range of traits that vary in severity within individuals and between individuals with autism.

But, dichotomies are dangerous. The mild vs severe autism is one such misnomer. Autistic individuals with average or high intelligence and verbal skills are too easily misunderstood, mistreated, and blamed for being less than they could be. The fundamental social, communication, and behavioural deficits of autism impair one’s ability to think, act and be the way that their parents and teachers want them to think, act and be.

The kids who appear to have more skill are in critical need of educators, parents and grandparents who are fully aware that IQ and verbal skills can mask the severity of autism for that person. Those individuals who appear ‘less autistic,’ somehow need to prove to their teachers, families and communities that, they too, desperately need support, protection, and intervention in the areas of their functioning that autism impacts.

What assumptions are you making about the ‘high functioning’ student or child with autism?

Are you ready to look beyond the mask of competence and see the child whose whole world is perceived through autistic neurology?