When They Notice that They are Different 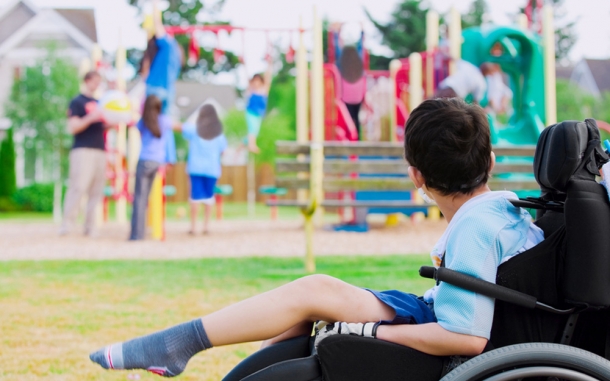 Joey was 4 and in preschool. He had never discussed cleft issues before to any great extent, except that he had a cleft -- and so did Jacob. That was pretty much it though. And then one day he asked me if his mouth was ugly. I was shocked. I said - “No, of course not. I love kissing your mouth.” Then I asked him, “Does somebody think your mouth is ugly?” he said yeah -- Christine. He said, “Christine asked me why my mouth is ugly.” I asked him what he said in answer, and he had said, “It’s not ugly. I have a scar from my operation.” I asked him how it made him feel, and my four year old baby answered me and said, “When she said my lip was ugly, it hurt my heart.”

What followed was a real conversation -- a “you can say anything at all and I will listen and understand” kind of conversation, and I learned that both Jacob and Joey had been aware of their differences for quite some time. They also both had felt comfortable with it. They had no real unanswered questions. But the comments made by this little girl brought up a whole new set of issues. The idea that those differences may not be acceptable.

I put my arms around my baby boy -- how can this world be so hard on such an innocent child? Why couldn’t the whole world see the beauty in him that I saw?? And how do I protect him? Well, the answer, of course, to that last question is - I protect him, not by holding a shield in front of him, but rather, by handing the shield to him. I would not always be there to field the questions other people had - and the baton of advocacy had to, right then, begin its journey from my hand to his.

And so, it became my goal to help Joey articulate his feelings about himself and his cleft. We drew pictures of his face, we talked about what is the same about things that are different. We face-painted. We made faces. We touched each others faces. And we talked - - and talked and talked. He got to ask questions. He was given a chance to practice by answering mine. He found words for his feelings. He found easy answers to offer up for difficult questions. He found a comfort level -- even if saying, “I don’t want to answer you”.

Well, to say the least, that was rough. But I believe it was the best thing we ever did. Let your child tell you what he feels. Listen and understand. Open yourself to words that might be hard to hear. Then, when he has found the words to tell you in ways you can understand, help him to handle it.

In a direct response to that very conversation, I wrote the following poem.

I monitor the foods he eats,
That he will grow up strong.
I guide his moral development
By teaching right from wrong.
I dress him warm on colder days,
And of course we immunize.
I teach him rules of safety to
Ensure his choice is wise.

If only I could hold a shield
To turn all hurts away
I’d stand a martyr’s vigilance
And protect him night and day!
But there comes a time when it no longer
Does him any good
That I continue to hold the shield
That he more appropriately should.

And that becomes especially true
When peer relations start;
When hurts don’t hurt his body so much
As they truly hurt his heart.
I could protect him - hold the shield -
Turn slandering others away
Or I could pass the shield to him
To keep the darts at bay.

When comments hurt my little boy
I die a bit inside.
But when I see him face his pain
I understand with pride.

Ultimately the battle is his
And he will learn to deal
With ugly words and painful wounds
That he alone must heal.
I want always to protect him,
And I know I always will,
But the best way to protect him
Is to provide him with that skill.

The founding director of Wide Smiles