11 Things Parents with Children in Wheelchairs have to Deal with 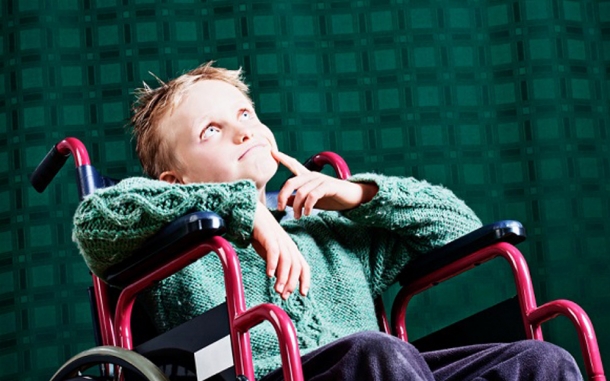 Raising a child with a disability is a challenge in and of itself, and for parents who have to deal with  insensitive questions, whispering or staring from strangers, it just adds to the stress.

At the end of the day, being unintentionally insensitive or just ignorant always ends up hurting the child. “Don’t forget that the person in the wheelchair is more than simply a body in a chair. He or she has thoughts and feelings,” she says.

Here are 11 common things for parents with children in wheelchairs to hear or experience - and what people can do instead to be more sensitive, as experienced by Marcy White mother of Jacob.

“Is he/she tired?”
“I don’t always feel the need to explain that when [my son] Jacob is not actively engaged in something, that’s what he looks like.” Often, people are too quick to judge a child by his or her appearance. Instead, stick to asking general questions about hobbies or the child’s day.

“Let’s get down to business...”
Often in a medical setting like a doctor’s office or a hospital, professionals tend to walk in and start the exams without any introductions. “Disabled children deserve the same respect one would give a verbal child,” she emphasizes. Telling him or her about the procedure or how he or she feels today is one way to start.

Strangers staring
There is nothing more annoying than having people watch her struggle in taking her son from his wheelchair into their van. However, she says, for the most part, people tend to step in. “It makes my day when someone comes and helps me. I wish I had fewer stares and more strangers’ help.”

People only looking at the wheelchair
People often assume children with disabilities can’t do certain things because they’re strapped into wheelchairs. Instead of looking at just the wheelchair, White suggests asking what the child likes to do.

Safety rules that are different
“When we go to the neighbourhood outdoor rink I put my skates on and push Jacob around the ice in his wheelchair. Like most boys, the faster we go, the more fun he has. I wanted to take Jake to a local indoor skating rink one afternoon and was told that he could not go on the ice because it wasn’t safe for him.”

White says parents are usually well aware of potential risks, and when people treat their child differently from other children, it only leads to disappointment — for the parent and the child. “We were offered free ice time to come back and skate alone. We declined because he wanted to do this activity with friends.”

People who talk down to children
If you’re talking to a child in a wheelchair, go down to their level and don’t tower over them, White says.

People who are scared
White says some people are also too scared to start a conversation or don’t know what to say to a child in a wheelchair. She says children often sense hesitation, especially if you don’t come close to them.

Dealing with people who think your child can’t hear them
Just because a child has a speech disability or any other kind of disability, White says this doesn’t mean they can’t hear or figure out what you are saying. There’s nothing more hurtful for a parent than having to deal with intense questions or strange looks when their child is with them.

Marcy White BSc, MSW, MBA, enjoyed a career in the investment industry that was sidelined with the birth of her son in 2002. Her academic degrees did not prepare her for caring for Jacob who was born with Pelizaeus-Merzbacher disease (PMD). Since Jacob’s diagnosis at 10-months-old, Marcy has become an advocate for her son and furthering PMD research to help find a cure. She co-founded www.curepmd.com to educate people about PMD and fund research into finding a treatment. Marcy lives in Toronto with her husband, Andrew, and their three children, Jacob, Sierra and Jamie.