Loneliness among Children with Learning Disabilities 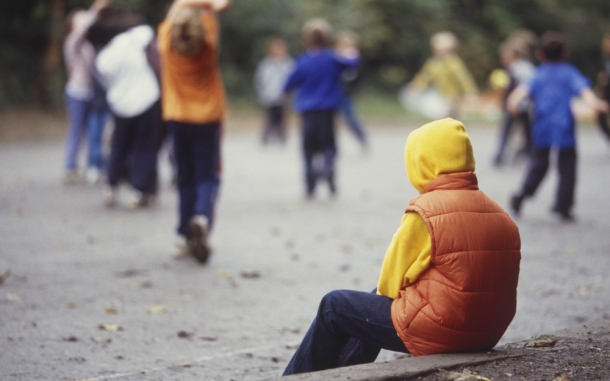 Few things are harder for a parent to witness than a child who tries repeatedly and unsuccessfully to make and keep friends. Research reveals that children with learning disabilities (LD) are more prone to loneliness. Dr. Malka Margalit, Head of the Constantiner School of Education at Tel-Aviv University in Israel, is a leading researcher on the issue of loneliness among children with LD. She, her colleagues, and other researchers have learned a great deal over the past 25 years about how the child herself experiences loneliness; how other kids respond to the lonely child with LD; and how specific personal strengths and adult support may help a child with LD avoid or overcome loneliness.

According to Dr. Margalit, children with LD have personal characteristics that not only increase the likelihood that they will be lonely, but may also make it more difficult for them to cope with the feelings that accompany loneliness.1 Kids with LD who experience loneliness, she points out, often have real social difficulties, which can result in a poor social network, low social status, and rejection by other kids. Dr. Margalit describes three factors often identified as predicting social difficulties and loneliness among kids with LD:

Knowledge deficit:
They may not have acquired the age-appropriate knowledge they need in order to develop satisfactory social relations.2 For example, they may not understand what they need to do in order to be considered “a good friend” or what they can expect from their good friends. When these children are asked, “What is a good friend?” or “What can you do when you want other children to include you in their play?” they don’t respond with the knowledge and understanding that their peers without LD possess.  Performance deficit. Even when they have age-appropriate social knowledge, children with LD may not be able to turn it into appropriate social behaviour.3 For example, Daniel may know that he has to wait for his turn in a video game with friends. However, he may not be able to control his eagerness, and may react to the frustration of waiting by becoming aggressive or crying. This behaviour is not likely to make him popular with the other kids.

Adopting the behavioural style of the rejected child:
Sometimes a lonely child’s words and actions communicate to others that they have a low self-concept and don’t expect to be accepted by the group or to be able to make friends.4 For example, Sarah wants to join a group of kids who are playing, but at the same time she anticipates that they will not let her. She is emotionally prepared to be refused and rejected. So, if she sees them laughing as she approaches them, she may assume that they are laughing at her or at her desire to join them. If she is anxious or doesn’t have the patience to wait to find out what’s really going on, she may immediately say, “If you don’t want me to play with you, then I am leaving!” In this way, Sarah may “create” the very situation she fears.

In addition, children with learning difficulties may find it more challenging to spend time alone:
“Younger children need constant help from adults to keep busy and find satisfaction in their activities,” Dr. Margalit comments. “As they grow older, they develop the ability to more independently engage in and enjoy solitary activities. However, children with learning disabilities may have a developmental delay in their ability to find enjoyable solitary activities, perhaps due to restlessness, reading struggles, or a short attention span. As a result, their experience of loneliness may be more pronounced, and their need for friends may feel more urgent” 5.

The Child’s Experience of Loneliness
Before describing how the individual child experiences loneliness, it is important, Dr. Margalit says, to note the difference between loneliness and solitude. Solitude is the positive experience of choosing to spend time alone, to take a break from daily demands, or to pursue leisure activities, thinking, or creative work. When a child is lonely, on the other hand, she feels badly about having fewer and/or less satisfying social contacts than she would like to have.

Social loneliness :
Social loneliness is reflected in a child’s difficulty with joining groups of kids and with maintaining satisfying social connections with others. Studies have linked these difficulties to rejection of the child with LD by other kids. Often other children do, indeed, reject kids with LD. Dr. Margalit reports that, during research interviews, several children complained that they had not been invited by their classmates to go to parties or to the movies. They would say bitterly, “Everybody else was having fun while I stayed home.”

Emotional Loneliness:
Emotional loneliness refers to a lack of a good friend and the inability to form close interpersonal bonds. Emotional loneliness results in a different kind of complaint from children. A child experiencing emotional loneliness might say, “I don’t have a true friend - someone I can trust and share secrets with.” When Dr. Margalit asked about the “secrets” that these children wanted to share, they responded, “Just secrets - things I’m thinking about.” Sometimes these children also expressed feelings of alienation, saying such things as, “Nobody really understands me.”

When she talked with parents and children during research studies, Dr. Margalit says, their comments revealed that social and emotional loneliness are often interrelated. For example, Ben described feeling lonely after school when the kids ran to play football, and didn’t invite him to join them. From Ben’s perspective, they all seemed to have close friends who invited them along, talked happily with them about the day at school, and complained and joked with them about teachers and life in general. It seemed to Ben that there was nobody who cared - or even noticed - that he was not coming to play football.

Research has identified two subtypes of lonely children with LD.7 These specific categories may be especially useful for parents or teachers who are figuring out ways to help an individual child become more socially competent. As the contrasting characteristics of the two subtypes below make clear, it would be impossible to devise an effective “one-size-fits-all” approach to helping children with LD cope with and overcome loneliness. The subtypes are:

Internalized:
These children tend to be withdrawn, non-aggressive, introverted, shy, extremely lonely, and isolated. They are also characterized by being anxious, apprehensive, timid, and low in social assertiveness.

Externalized:
This group of lonely children with LD was considered by parents and teachers to be more aggressive, sometimes hyperactive, often deficient in problem-solving skills, possessing poor social skills, and exhibiting a tendency to retaliate with anger and hostility.

In addition to the two broad psychological/behavioural subtypes of lonely children with LD, studies have identified some specific social and psychological difficulties that these children may experience 8:

A negative view of oneself:
For example, Tom’s mother remarks that he seems to have more friends at his new junior high school. Tom’s response is: “Just wait few more weeks; once they get to know me, they’ll all disappear.”

A negative view of others:
For example, seven-year-old Bob refuses to join the kids’ball game after school, even though the kids have invited him. When his teacher asks him why he isn’t joining the others, he says: “They don’t really want me in the game; they just want to laugh at the way I play.”

Unresponsiveness to others in social interactions:
For example, when Guy is asked by a group of kids to help in a game, he reacts angrily and refuses, because he doesn’t recognize that the other kids are offering him the opportunity to join their group.

Inappropriate patterns of self-disclosure:
For example, when asked by a classmate if she is happy in her new class, Rina explains in great detail all the real and imagined injustices she has suffered at school, thereby boring the polite girl who had simply wanted to express some interest in her new classmate.

Identifying your child’s experience of loneliness is the first step toward helping her. Just as her academic problems require assessment, goals for remediation, planned steps to reach the goals, and adult support, her social-emotional difficulties will benefit from a systematic, individualized approach that focuses on empowering the child. We will discuss this approach in the second article in this series.

“Observing a child’s loneliness is indeed frustrating and can be a source of deep distress for parents,” Dr. Margalit says, “However, parents’ focused attention on the issue, their feelings of empathy, and their carefully planned support can provide significant help to their child with LD.”