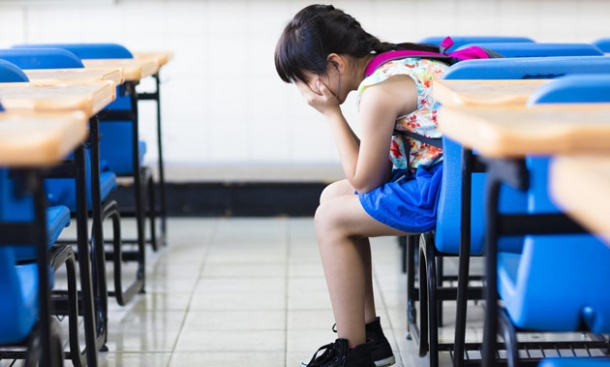 Girls with ADHD often suffer in silence - and remain undiagnosed. When their symptoms finally surface, they can be dangerous. Learn what to watch for in your daughter - and how to help her.

Mrs. Dawson’s fourth-grade students assemble in small groups to work on a project. She asks Steven and Julie to join three other students. A mother helping in the classroom notices Steven is better behaved than during her last visit. While he still wriggles in his seat and occasionally interrupts a classmate, he doesn’t pound his desk and talk non-stop like he used to. He also smiles now and is more cooperative. Julie is her usual chatty, polite self. She smiles and waves her hands as she talks to the group. Today, though, the other girls in the group seem annoyed with Julie.

When the group session is over, Steven sits attentively at his desk in the front of the classroom. Julie’s smile has faded and she stares out the window.

What’s going on with Steven and Julie? Steven was diagnosed with Attention Deficit/Hyperactivity Disorder (ADHD) four months ago. His teacher has made classroom accommodations, such as allowing him to sit up front where he’ll be less distracted. He’s taking medication and being coached on his behaviour. His self-esteem grows as he succeeds in his school work and relationships.
What no one knows is that Julie also has ADHD. She struggles to please others, but they don’t seem to understand her friendly overtures. Determined to be a good student, she spends hours on homework because daydreams get in the way. Her self-esteem is sinking as she questions her academic and social abilities. Julie suffers in silence.

Squeaky Wheels Get the Grease
Many people think of ADHD as a boy’s disorder. In fact, some studies estimate at least six times as many boys as girls are referred to clinics for diagnosis. But field studies suggest that, in the general population, the actual ratio of boys to girls with ADHD is 3:1. To understand why this disparity exists, we must understand how professionals have traditionally defined and diagnosed ADHD — and how that view is changing.

For many years, hyperactive and impulsive behaviour was considered the primary trait of children with ADHD. Since many more boys than girls fit that description, they’ve been much easier to diagnose and treat. This also explains why most ADHD studies have focused on boys. Then, in the 1980s, researchers discovered a population of boys who were inattentive but not hyperactive or impulsive.

With this discovery, the definition of ADHD was updated and now includes three different types:
• Inattentive
• Hyperactive/impulsive
• Combined type (a combination of the first two types)

The inattentive type of ADHD is harder to diagnose in both boys and girls since their behaviour doesn’t “give them away.” Bright, inattentive girls often compensate for inattention by becoming super-organized or hyper-focused on school work. Such girls often succeed in school, but their private struggle remains a secret.
Girls who are hyperactive and impulsive are rare. Some hyperactive girls are seen as tomboys and have a better chance of being diagnosed. Other hyperactive girls aren’t overactive in a physical sense; instead, they’re super-talkative “social butterflies.”

Set Up by Social Expectations
Having ADHD seems to impair girls’ social relationships far more than it does for boys. As Janet Giler, Ph.D. points out, “Males and females, in general, operate by different social rules. … Female social rules place a greater value on cooperation, listening, care-taking, and relationship maintaining activities. … It would make sense that the traits of ADHD might make females seem less cooperative.” As a result, girls with ADHD suffer more peer rejection.

Remember Julie? While friendly and well-meaning, she often gets distracted while a classmate is talking to her. She misses the other person’s social cues, and doesn’t respond in a desirable manner. Boys tend to be more direct with each other and resolve their conflicts more openly, so a boy with ADHD doesn’t require the same set of social skills. A girl who is both impulsive and inattentive is likely to commit many social blunders.

Mothers often expect their daughters to conform to the standards of society by being especially thoughtful, polite, and compliant. If a girl has ADHD, this can be a difficult goal to attain.

Brain Differences in Boys and Girls
At least one research study found the brains of boys with ADHD showed significant shape and volume differences compared to boys without ADHD. The size and shape variations suggest that ADHD in boys affects brain circuits that control basic motor responses, such as “hitting the brakes” or suppressing impulsive actions. These variations were not evident in the brains of girls with ADHD, which may account for the way ADHD plays out in boys versus girls.

Also, a study by the Kennedy Krieger Institute and Johns Hopkins University School of Medicine suggests that girls with ADHD have greater control over their physical movements than do boys of the same age with ADHD, possibly because girls’ brains mature earlier.

When Hormones Wreak Havoc
ADHD is often hard to detect in girls until they reach puberty and hormone changes can cause dramatic mood swings and disruptive behaviour. A girl who has kept her ADHD hidden until puberty may appear to “erupt” suddenly when female hormones flood her body. Because the current criteria for ADHD state symptoms must be present before age 7, many doctors dismiss the possibility of ADHD in girls whose symptoms don’t appear until puberty.

(By contrast, hyperactive/impulsive boys who’ve been treated for ADHD since their early years often calm down when they reach puberty. For them, hyperactivity mellows into restlessness.)

Teenage girls with ADHD appear to be at greater risk for eating disorders than their non-affected peers. Girls with the combined type of ADHD (both inattention and hyperactivity/impulsivity) seem more likely to develop bulimia than girls who have the inattentive type of ADHD. But, studies show, both groups of girls are likely to be overweight and to suffer from rejection and low self-esteem. There is also a concern that girls taking stimulant medication for ADHD might abuse the drugs to suppress their appetite and lose weight.

The Emotional Cost of Under-Diagnosis
Girls whose ADHD isn’t diagnosed and treated by the time they reach puberty are at risk for developing other psychological disorders, such as anxiety and depression. This is understandable, since many girls have spent their lives suffering, struggling, and blaming themselves for poor academic performance and peer rejection.

As girls mature, they tend to internalize their feelings, making their struggle less noticeable to adults who might help them. Adolescent girls who don’t receive help for ADHD and co-existing psychological problems are at high risk for addictive behaviours, such as over-eating, smoking, alcohol abuse and sexual promiscuity.

Help and Hope for Girls with ADHD
Clearly, better methods for diagnosing and managing ADHD in girls are needed. Fortunately, many professionals are working toward this goal. They have found, for example, that because a girl’s outward behaviour can mask her ADHD, having her answer certain questions (self-reporting) can help make a proper diagnosis.

Professionals have also found some methods that are especially effective for managing ADHD in girls, including:
• Group counseling with other girls who have ADHD. This allows girls to support and learn from each other while improving social skills within a peer group.
• Coaching for ADHD by a trained adult outside the family. Having a mentor provides support beyond what the girl gets at home and can relieve pressure on her family relationships.
• Understanding and support from mothers. Mothers who understand the impact ADHD has on their daughters may be more effective in steering them, not forcing them, toward success.

As professionals pay more attention to the traits and needs of girls with ADHD, we can hope for earlier diagnosis and more effective treatment. Parents can help by staying abreast of the research in this area – and by staying in close touch with their daughters.