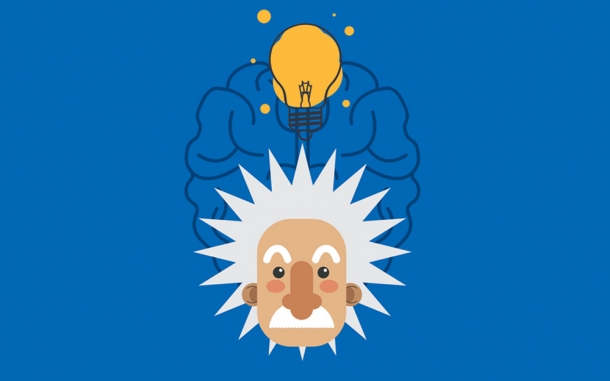 The good news is that occasionally one reads about children who have ‘recovered’ from, or who have ‘out-grown’ their ‘autism’. And that’s great. Not to detract anything from that good news, though, if truth be told, the ‘recovery’ in many cases is from autism they fortunately never had. Instead what those children ‘outgrew’ were conditions such as hyperlexia (children who read early) or Einstein Syndrome (children who speak late) in which ‘autistic-like’ symptoms can be, for a period of time, in my view, prematurely and mistakenly misdiagnosed as Autistic Spectrum Disorder.

The good news that these non-autistic children turn out to be bright, successful, neurotypical children remains undiminished. But the bad news is that in the meantime parents have been needlessly pessimistic and worried about their child, and sometimes unnecessary or even misguided treatment, educational and other management decisions have been carried out.

I have been involved with the study of autism for many years. In fact I had the opportunity to learn about autism directly from Dr. Leo Kanner himself when he was a visiting professor at times during my medical school years. Dr. Kanner was the first to identify and name early infantile autism in 1943. Following my psychiatric residency I started a Children’s Unit at a psychiatric hospital in Wisconsin. Most of the patients were autistic and it was there I also met my first savants that have also so intrigued me and have been the object of my research for over 50 years as documented in my 2010 book on the topic: Islands of Genius: The Bountiful Mind of the Autistic, Acquired and Sudden Savant. As a result of my interest in savant syndrome I have maintained an internationally active web site at www.savantsyndrome.com hosted by the Wisconsin Medical Society. From that web site almost daily I receive “I’ve got a son or daughter who .........” emails asking for some advice regarding that child’s special savant-like skill.

In some cases that special skill is the ability to read early (hyperlexia) and in other cases the concern is regarding delayed speech coupled with precocious knowledge and extraordinary memory (Einstein Syndrome). In following up on these case I noted that while each of these children had been given a diagnosis of autism spectrum disorder along the way, the course of that condition, and more importantly outcome, was very different and much more positive than more typical autistic spectrum disorder, Asperger’s or PDD/NOS or whatever diagnosis had been assigned.

Essentially these children did ‘outgrow’ those more ominous diagnoses and were now generally very bright and successful neurotypical children, adolescents or adults. What had occurred is that in the evaluation process there was the failure to sort out “autistic like” symptoms from Autistic Spectrum Disorder. I have over 150 such cases now in which the outcome is so positive that the follow-up messages from relieved parents are a source of continual professional satisfaction. Here is a brief description of those conditions.

Some normal (neurotypical is the proper term these days) children simply read very early. They tend to be very bright, but certainly are not autistic. Having a child, instead of the teacher, read to his or her nursery school class at an advanced grade level, with comprehension, is very astonishing and conspicuous. Parents are very proud and witnesses amazed. Eventually, however, the other children catch up in reading level which leaves the precocious reading ability only a memory in that child who has (or more accurately, had) what I classify as Hyperlexia I.

This is a group of children who have hyperlexia as a savant ‘splinter skill’ as one symptom of an autistic spectrum disorder. They read voraciously usually with astonishing memory for what they read, often accompanied by other memorization tasks and abilities, sometimes linked with number or calendar calculating abilities. There is marked obsessiveness and rigidity. These ‘splinter skills’ are seen along with, and in the midst of, the other characteristic language, social and behavioural symptoms seen in autistic spectrum disorders. They usually carry a diagnosis of Autistic Spectrum Disorder, Asperger’s or pervasive developmental disorder (PPD/NOS). Clinical presentation, course of the illness and prognosis are those typically seen in autistic spectrum disorders.

This is a less frequent form of hyperlexia and it is the one sometimes inappropriately diagnosed as “autism” because of the failure to distinguish ‘autistic-like’ symptoms from autistic spectrum disorder. These children also read early, often show striking memorization abilities, and sometimes have precocious abilities in other areas as well. They may have ‘autistic-like’ behaviours for a period of time. For example, they may show unusual sensory sensitivity (to sounds or touch or taste). They usually seek, and do not avoid affection, and in that sense are more social, outgoing, interactive and less withdrawn than children with autistic spectrum disorder. They do tend to make eye contact and can be very interactive with persons close to them. There may be fascination with, or intense insistence on, routine and resistance to change. These children seem quite bright, inquisitive and precocious in some areas overall. Interest in, and mastery of, reading coupled with memory powers memorization is conspicuous and often quite amazing. There may other ‘autistic-like’ symptoms or behaviors as well, such as ‘stimming’ for example But over time the autistic behaviors and symptoms fade and, as it turns out, these children then are quite normal (neurotypical) for their age.

In his 1997 book Late Talking Children Thomas Sowell documented how often autistic-like symptoms appeared in children with delayed speech in a group of 46 such children based on parental reports. In a follow-up book four years later--The Einstein Syndrome: Bright Children Who Talk Late--Sowell wrote: “Many parents wrote to me to say they were astonished to read about things that seemed like an eye-witness description of their child and their own family. One mother said that she got goose-bumps reading descriptions that fit her child and her family closely, while other mothers have reported simply weeping as they read for the first time something that so obviously fitted their own puzzling child.”   Thus Sowell’s experience with children who talked late mirrored my findings in children who read early. I too had reports of mother’s who wept when they read, for the first time, a description of their child with Hyperlexia III. Sowell was careful to point out that in some cases the diagnosis of autistic spectrum disorder was correct, and delayed speech can, in some cases, be a part of autism or other physical conditions. (just as it can be in Hyperlexia II).   But he also found that in his opinion cases of delayed speech were being inappropriately diagnosed as autism by persons not particularly qualified to do so. These two books together summarize experience with the 46 original families plus a new group of 239 late-talking children in whom a diagnosis of autism spectrum disorder had been inappropriately made given the very positive outcome in these children, very different from actual autism spectrum disorder itself. He advises that those children fitting the Einstein Syndrome constellation of symptoms--exceptionally bright but exceptionally late in beginning to speak--require careful professional evaluation as do all children with delayed speech from whatever cause. He also found, based on correspondence with parents, that some children who speak late have transient autistic-like symptoms that faded over time in whom a diagnosis of autism had been mistakenly or prematurely applied.

With that error came the same worry, concern and pessimism in those families that some of the parents of the hyperlexia III children were experiencing as expressed in correspondence with me. The point of this blog is not to exhaustively discuss hyperlexia or Einstein Syndrome. Rather it is to point out that when precocious reading ability and extraordinary fascination with words presents itself in a very young child, especially when accompanied by other language or social problems that might suggest an autistic spectrum disorder, a comprehensive assessment by a knowledgeable professional or team familiar with the differential diagnosis of the various forms of hyperlexia is indicated. The same is true when a child speaks speaks late rather than reads early. Hopefully, as the literature continues to evolve on hyperlexia, there will be more clarification regarding the classification of hyperlexia into its component sub-groups, and then even more resources will emerge for comprehensive evaluation and then application of appropriate treatment principles to these individuals.   Likewise with increased familiarity of Einstein Syndrome in children who speak late that same careful differentiation will be made from autistic spectrum disorder, given the very different outcome in the hyperlexic and late-speaking children who ‘out-grow’ their ‘autism’. In the meantime I continue to solicit information from parents about more cases of children who read early or speak late, where autistic spectrum disorder has been a consideration, so I can share those stories that have turned out so well as reassurance to other parents who are in the beginnings of a search for the appropriate diagnosis and treatment regimen for their child. If that distinction can be made correctly, parents can be spared the worry attached to the fear that their child may be ‘autistic’ or ‘asperger’s’, for example. Often, as elsewhere in medicine, particularly in puzzling cases, it is best to let the ‘natural history of the disorder’ emerge before applying a definitive diagnosis or ‘label’ that can have important, lasting consequences. Treatment can still be applied to target symptoms, but parents or others can, in those cases, be spared the unnecessary worry and fear that can accompany certain diagnoses prematurely applied.