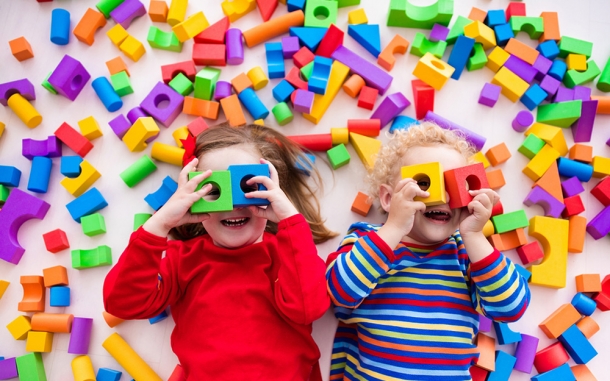 Have you ever been given wrong information about your child’s vision diagnosis or perhaps steered in the opposite direction of how to help your child reach his full potential? For your child, this can be devastating to his future, and for you as a parent, it will undoubtedly leave you angry, confused and on a mission to figure out what’s now best for your child. Unfortunately, this is too often the case for families of children with Cortical Visual Impairment (CVI), also referred to as Cerebral Visual Impairment or Neurological Visual Impairment.

Cortical Visual Impairment is a visual impairment caused by the brain’s inability to correctly process what is in front of the eye rather than a physical difference of the eye as in other visual impairments. For this reason, ophthalmologists often overlook the possibility of a CVI diagnosis and it is either misdiagnosed or goes completely undiagnosed until later in childhood.

New research in neurology and among teachers of the visually impaired, most notably Dr. Christine Roman, shows that some theories about Cortical Visual Impairment are not true. Developments in the understanding of brain plasticity, the ability of the brain to change throughout life, is undeniably an exciting factor in how children with CVI are taught. Since there are still many misconceptions about CVI, we’ve found the most common myths and their truths to hopefully clarify how a child with a CVI diagnosis actually sees.
Here are the top 8 misconceptions about Cortical Visual Impairment (CVI).

1. Black and White Colour combination is always best. False!
Truth: Actually Highly Saturated contrasting colours often make the best colours to attract your child's attention.
Try experimenting with bright, bold colours such as yellow, red, purple and orange to find out which ones your child responds to in his own way. Of course sometimes text is limited to black and white, and yellow if you’re lucky, so if possible, check to find out if a black background with white or yellow text is preferred by your child. For many kids with CVI, black and yellow work better than black and white.

A fun way to experiment with colour combinations is using iPad apps that can be customized! Here are a few your child may enjoy:
Bloom: Create pools of soft color accompanied by gentle sounding tones with the tap of your finger. It then echoes the sequence of sounds and colors for a fun and relaxing time. The color palette can be altered to be predominantly reds, yellows and oranges for children with CVI.
EDA Play: This app lets you customize the level of play for your child’s Visual Level and Task Level ranging from simple fine motor and visual skills to more complex while tracking progress over time. The bright simple pictures are shown against a black background for kids with CVI.

2. Your child's vision is constantly changing. False!
Truth: It's most likely environmental factors that have changed rather than your child's vision.
Are there external visual or auditory stimuli distracting your child’s attention? Is your child in an uncomfortable position or is the object in a different area of the visual field, i.e. center vs peripheral? All of the characteristics of CVI should be considered before assuming that your child’s vision is truly changing. Also, the possibility of fatigue or other feelings such as hunger or illness are causes that must be taken into consideration, too. In short, don’t just assume that your child’s vision is constantly changing anytime.

3. Children with CVI must learn to use Eye Contact. False!
Truth: Children Diagnosed with CVI rarely use eye contact because of the complexity of the skills needed to do so.
Consider just a few of the major characteristics of CVI such as visual latency, visual complexity, preference for movement, and distance impairment, and their direct involvement with human interaction. The definition of visual latency is in fact the delayed response when looking at objects where your child will look at an object and then look away. Also, it is seldom in every day occurrences that your child and another person will be in an environment without any other visual or auditory distractions that your child would prefer. The speaker will often move their hands and arms while talking, drawing your child’s visual attention to those areas rather than the speaker’s eyes.

In her TVI Teacher blog, Ellen Mazel, suggests focusing on other more attainable and important goals for your child instead of eye contact that will support eye contact once “visual skills are solid for less complex targets.”

4. CVI is not a true visual impairment. False!
Truth: CVI, also known as Cerebral Visual Impairment, is a Visual Impairment.
We may think of vision as only including our eyes. However, the sense of sight is more than the actual physical structure of the eyes. The eyes are connected to the brain to send message about what is in front of the eyes. Then, parts of the brain process the information to understand what the person is seeing. This entire system is technically what makes up our sense of sight. Therefore, if one or more of these steps is not functioning properly, whether it’s a physical or neurological problem, then the person is said to have a visual impairment.

5. All Children with CVI have cognitive deficits. False!
Truth: Each child with CVI will have different cognitive abilities from one another.
Cortical Visual Impairment can be the result of a variety of different medical causes including hypoxic ischemic encephalopathy (HIE) in full-term babies, periventricular leukomalacia (PVL) in premies, traumatic brain injury, epilepsy and other causes. The severity of the brain injury, the combination of CVI with other neurological or sensory impairments, and the degree of early intervention can also effect a child’s cognition level. It is evident how important early intervention and consultations with doctors, educators and therapists highly experienced in working with children with CVI are to your child’s progress in resolving many of the associated challenges. If you have or are suspecting a diagnosis of CVI, talk to your child’s pediatrician for help in referring you to qualified resources.

6. Any motion or movement is bad. False!
Truth: Quiet the opposite! Movement is great for attracting the visual attention of a child with CVI.
Children with CVI may look, then look away, but adding motion can often significantly increase their gazing time upon an object. Twinkling or shining of lights or metallic objects will give the appearance of movement even if the object is not physically moving. Try shining a light on the object or area you want the child to look at or shiny mylar balloons to attract your child’s attention. iPad apps designed specifically for children with CVI often incorporate movement and flashes in different parts of the screen to help kids learn.

Tap-N-See Now: Use this simple app to help your child learn to track moving objects or recognize colours; use their vision in a simple and non-cluttered environment; or learn about cause and effect—tapping the animal gets you a sound!

7. Children with CVI are Blind. False!
Truth: Due to a number of characteristics exhibited by a child with CVI, it may seem as though he simply cannot see.
However, there is more to it… As explained more thoroughly in Myth #4 (CVI is not a true visual impairment), the child’s eyes are not physically affected, but rather the brain has problems decoding the information the eyes are sending. The fact that most children with CVI have some vision is better understood once you interpret the CVI characteristics and how to work with your child appropriately. Current findings show that children with CVI usually have some level of vision that may show some improvement over time. (Statistics have shown that some kids do have an ‘ocular visual loss’ diagnosis on top of a CVI diagnosis.)

These findings make it obvious how important it is to have a doctor experienced with CVI to properly diagnose a child, as well as a ‘CVI-knowledgeable’ teacher to then create the best educational plan for a child diagnosed with CVI.

Conclusion
Recent research has proven some theories wrong that doctors once thought were true about CVI. In order to make sure you have the most accurate information, be sure to check the date and source of any published information you come across.