Is it Asperger's or ADHD? 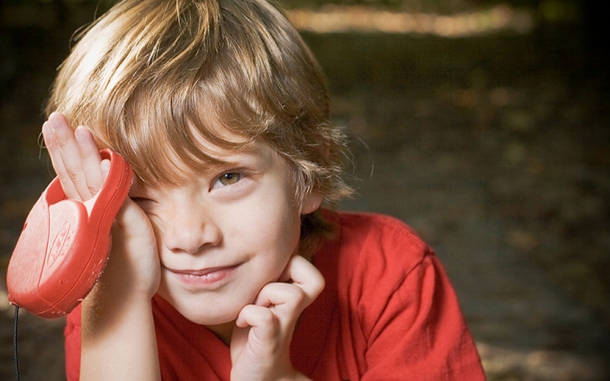 It would be much easier for all of us if psychiatric diagnoses fell neatly into one category. And psychiatry would be immeasurably less complicated if we had a “scientific instrument” like an MRI, X-ray or blood test which accurately and consistently assigned people into one or another diagnosis. If we only had such a lens, one of the first places we would direct our attention would be at the muddy territory shared by Asperger’s Syndrome (AS) and Attention Deficit Hyperactivity Disorder (ADHD).

Of the rash of childhood emotional disorders, ADHD is probably the most ubiquitous, spreading over perhaps as many as six to seven percent of our children; that is somewhere around 60-80 times the prevalence now commonly ascribed to Asperger’s Syndrome. It is not too surprising that so many children are first diagnosed with ADHD, (occasionally preceded by the apologetic “atypical”) several years before they circle and land on the Asperger’s tarmac.

For the clinician, ADHD has been a well-known, well-described entity for decades. In the 1990s its popularity surged dramatically, with the publication of several teacher/parent scales, computerized Continuous Process Test office programs, media publicity, and a prodigious ad campaign by the manufacturers of psychostimulants. In the ambiguous and ever-shifting arena of childhood disruptive disorders, it was comforting for parents, paediatricians, child psychiatrists, (and Borders Books) to have an entity whose descriptors in Diagnostic and Statistical Manual of Mental Disorders (DSM), were so numerous (22 at last count), declarative, and seemingly precise.

The only problem is that for so many parents of truly unusual and eccentric children, it was like trying to squeeze a size nine foot into a size four shoe. The diagnosis just did not seem to capture the most important symptoms and vulnerabilities of their child. Furthermore, while the ADHD medications were occasionally enormously helpful, and the ADHD interventions in school (seating, chunking [condensing paragraphs of thoughts into a sentence], frequent breaks, added time for tests, decreased homework, etc.) almost always worked somewhat, nevertheless, by mid elementary school, it was becoming clear to many parents that something just didn’t fit.

When DSM IV opened American eyes to the concept of more ably functioning Pervasive Developmental Disorder (PDD), many children with ADHD were reassigned to the Asperger’s category. Almost ten years after Asperger’s Syndrome’s arrival, this diagnosis is now being tried on for size by more and more individuals. A legitimate worry is that perhaps, in our diagnostic zeal, Asperger’s Syndrome will become this decade’s darling, the way ADHD was the last’s, and that too many children are being jostled together under the PDD umbrella.

So how do we tell them apart?

First of all, if the truth be told, both Asperger’s Syndrome and ADHD are probably themselves both spectrum disorders, with bleary margins wrapped around core characteristics that, at their heart, cannot be quantified or crystallized. How many difficulties does a child need to have “ significant impairments” in social reciprocity or language pragmatics? At what threshold does Pokemon become a “vertical special interest?” When are the inattention, increased motoric activity and impulsivity “more severe than is typically observed” in an individual of the same age? Please welcome the Australian and Conner’s Scales, their sisters, cousins and their aunts. Although numbers are harvested from these scales, they are subjective and subject to many forms of bias.

Yet, diagnostically, we do the best we can, recognizing that we are making approximations, best estimates, real-life decisions under the heat of battle, as it were. Clearly the label we use has extreme importance, and we need to make every effort to be accurate. Getting the label right is important for many reasons, not the least of which is that diagnosis often drives treatment planning, selection of medication, educational programming, and the way we conceptually and emotionally view our children.

With regard to ADHD and Asperger’s , there is a large overlap in symptomology. In my experience, roughly 60-70 percent of children with Asperger’s Syndrome have symptoms which are compatible with an ADHD diagnosis. In fact, so common are ADHD symptoms in PDD that the PDD diagnosis technically subsumes ADHD. DSM IV dictates that a diagnosis of ADHD not be given along with a diagnosis of Autistic Disorder. Nevertheless, when ADHD symptoms are present in Asperger’s Disorder and respond to psychostimulants, I frequently also specify the ADHD diagnosis to remind care-takers that these symptoms are a prominent part of the Asperger’s picture.

We often speculate that the ADHD symptoms of this group of children are being driven by anxiety, and that perhaps they do not have “classical” ADHD. Possible support for this viewpoint is that medications with anti-anxiety properties, such as the SSRIs (e.g., Zoloft, Paxil, Celexa, etc.) and the atypical neuroleptics (Risperdal, Seroquel, Zyprexa, Geodon) often seem to substantially reduce attentional and motoric symptoms which were unaffected or worsened by the stimulants.

On the other hand, a large number of children who have easily diagnosable Asperger’s Disorder and simultaneous ADHD symptoms are helped enormously by conventional ADHD medications and ADHD environmental manipulations, leading to the assumption that both disorders can co-exist in one individual. This is called co-morbidity, and it is quite common in psychiatric dysfunction. For example, a very large percentage of individuals with Tourette’s Syndrome have co-morbid obsessive compulsive disorder. As it turns out, a large percentage of individuals with Tourette’s Syndrome are also co-morbid for Asperger’s Syndrome.

The problem with the ADHD and Asperger overlap, is that at the more severe margins of the ADHD spectrum and the less extreme margins of the Asperger’s spectrum, clinicians can legitimately argue for one over the other diagnosis. Nonverbal Learning Disability (NLD) is not the only confusing label at the milder side of Asperger’s Syndrome. Many children with significant ADHD can be quite socially aberrant, lack perspective-taking skills, have severe sensory integration problems, be absolutely obsessed with Nintendo, talk constantly and too loudly, have meltdowns at the drop of a hat, be teased, and have no friends.

Yet even in this confusing part of the disruptive disorder stew, where perhaps juvenile bipolar disorder is one click further out than severe ADHD, there are still some guidelines I use to help me sort through the Asperger’s versus ADHD dilemma.

First and foremost, Asperger’s Disorder is one of the Pervasive Developmental Disorders. As hard to digest as PDD has been for all of us working the Autistic Spectrum, the term nevertheless clearly and plainly denotes that children who fall into this category have developmental delays that pervade many developmental sectors. Therefore I expect, in fact require, a child with Asperger’s Syndrome to have at least a history of delays and deviations in many sectors (for example, possibly in gross motor, fine motor, sensory integration, attentional regulation, pragmatic speech, socialization, interest and play, affective modulation (e.g., anxiety and mood management), and neurocognition.

It is not that children with ADHD do not have developmental delays, but they do not usually have the variety, the severity, and the contours that children with Asperger’s Disorder characteristically have. ADHD children can have (although certainly not always) poor social skills, but they rarely and consistently have the demonstrable defects in comprehending social reciprocity (e.g., impairments in theory of mind, understanding of complex nonverbal cues, defects in facial recognition, distortion of subtle affective displays, miscomprehension of social context and signaling , and so forth.)

Children with ADHD can talk in annoying controlling ways, but the configuration of pragmatic mis-broadcasting that is so tell-tale at any gathering of individuals with Asperger’s Syndrome is really quite consummate and unmistakable. This combination of prosody, dysfluency, pitch and volume, gaze aversion, fascinating but unfunny humour, peculiar word usage, anthropomorphizing of objects, hypersensitivity to criticism, receptive distortion of tones of voice, is certainly highly variable from one individual to another, but it is often definitive in whatever unique madras pattern it appears.

In general, children with Asperger’s Syndrome “have more” than most children with ADHD. They have more perseveration, more stereotypies, more splinter skills, more trouble telling a coherent story, and more neuro-integrative problems.

Children with ADHD frequently break rules they understand, but defy and dislike. Children with Asperger’s Syndrome like rules, and break the ones they don’t understand. They are ever alert to injustice and unfairness and, unfortunately, these are invariably understood from their own nonnegotiable perspective. Children with ADHD are often oppositional in the service of seeking attention.

Children with Asperger’s disorder are oppositional in the service of avoiding something that makes them anxious. Both groups have serious sensory integration problems, can be uncoordinated and impulsive, and they both very much respond positively to structure and routine. The children with Asperger’s, however, crave order, hate discrepancy, and explode (or withdraw) in the face of violation of expectations. In this regard, they are enormously brittle and fragile. Children with Asperger’s are much more tyrannized by details; they accumulate them, and cannot prioritize them. Children with ADHD also have poor organizational skills, but can be much more fluid in their thinking, more inferential in their comprehension, and less rigid in their treatment of facts that they are able to organize.

Of course these are all generalizations. There is always the child who is the exception. Whatever their profile, whatever their label, both the child with ADHD and the child with Asperger’s syndrome require us to change our assumptions about relationships and our expectations about behaviour. They are both demanding, confusing, exhausting, and frustrating. Inside, each is a child who needs tolerance, our informed understanding, our thoughtful interventions, our patience, and our love.