The Surprising link between PTSD and ADHD 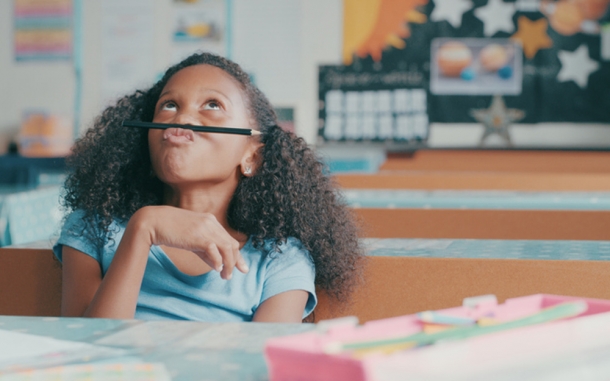 ADHD cannot “cause” PTSD, but childhood trauma may trigger ADHD. Due to overlapping symptoms and tangled roots, distinguishing between the two can be difficult and nuanced. Learn the similarities and differences here.

It’s not uncommon for mental health providers to misread symptoms — to mistake signs of anxiety or mood disorder for ADHD, or conversely to misdiagnose a learning disability or autism spectrum disorder as ADHD. We call these “differential diagnoses.” To complicate matters, ADHD may also co-exist with nearly any disorder.

Post-Traumatic Stress Disorder (PTSD) may be the most difficult co-occurring or differential diagnosis for clinicians to recognize and treat alongside ADHD. Seasoned professionals struggle to decipher the differences and overlap between the two conditions. Misconceptions about both amplify this confusion. Therapists and prescribers often get caught up in their own theories and don’t look beyond what they think is obvious.

When sorting out ADHD from trauma, or a combination of both, a provider should approach a case like a detective without a lead, open to any possibility. If your doctor seems to lack curiosity about what else might be going on with you, it is always smart to get a second opinion.

PTSD and ADHD Symptoms: The Differences and Similarities

ADHD is a neurological and developmental disorder.
Children with ADHD have less developed, smaller, and less active areas of the brain that deal with emotions, self-awareness, and impulsivity. This causes significant functional impairment in many of life’s tasks — learning, working, making decisions, organizing, and relating to others. As a brain-based disorder, ADHD is typically present from birth, though its symptoms may not present until later in childhood. Sometimes symptoms go unnoticed until much later in life, even though the condition is present from the start.

PTSD results from a traumatic event or series of events in a child’s or adult’s environment that causes changes in the brain.
Traumatic events lead to physiological, cognitive, and emotional changes in how a person processes stressful incidents and worries. They leave a person feeling chronically unsafe, which, in turn, causes him to excrete higher than normal amounts of the stress hormone cortisol. He responds easily and often to the fight/flight part of the brain called the amygdala, becoming so consumed with his own safety that he cannot pay attention to daily life.

Despite its different origins, the presentation of PTSD may appear similar to that of ADHD, and either is easily mistaken for the other.
Both present symptoms of inattention, poor impulse control, lack of focus, sleeplessness, distractibility, impulsivity, irritability, poor memory and concentration, anxiety, sensitivity to sensory stimuli, mood disorder, low self-esteem, and propensity to addiction. The presentation may change as children become adults, but neither condition is likely to fade entirely, and the symptoms of either may stay steady or even increase as the adult encounters new, stressful situations. This leaves many trauma survivors struggling beyond childhood with symptoms that look like ADHD and vice versa.

Which Comes First: ADHD or PTSD?

Currently, research on the overlap of ADHD and PTSD is minimal. However, we can speculate that PTSD might “cause” ADHD, particularly in children. Once traumatized, a person may eventually meet the criteria for ADHD, even though ADHD was not present in his or her early development. This is because PTSD rewires and affects the development of a growing brain, stunting the growth of areas that deal with emotional regulation, impulse control, and self-awareness. This is also how ADHD develops but for different reasons. The difference lies in the reason for that impact, or what is called the etiology.

ADHD cannot “cause” PTSD, although people with ADHD are more prone to high-risk behavior, relational problems, and addiction, leaving them more vulnerable to traumatic events. Additionally, children with ADHD can be difficult to manage, raising their risk of abuse from a caregiver. But these examples are indirect social effects of the disorder, not the direct, physical impact of trauma on brain functioning.

Teasing out the differences and overlap of these two conditions is confusing, but we know that they co-occur. When they do, each worsens the effect of the other. People with ADHD are usually less resilient and more prone to impairment than their non-ADHD peers, so when they face trauma, they may be more vulnerable to its worst effects. To provide the most effective treatment, an assessment for trauma and related disorders is essential in the psychosocial assessment of clients presenting with ADHD. If you’re not having that conversation with your provider, and you’re concerned about how trauma may have affected you, it’s time to start talking about it.

What Role Does Medication Play?

What if you’re not in treatment and only getting meds from your primary care doctor? You’re missing at least 50 percent of the recipe for a successful outcome. Here’s why. For ADHD, stimulants, combined with behavioral and cognitive therapy, has proven most effective in combating symptoms. But for PTSD, psychotherapy is typically most effective. When medication is used, it is usually prescribed to help mood disorder symptoms associated with PTSD, which will do nothing for a person with ADHD. However, if ADHD is not present in a person with PTSD who is prescribed a stimulant medication, it is likely to make him more anxious and hypervigilant.

What if both conditions are present? How can such divergent treatment plans ever be pulled together in the same client? Think of it like a four-legged table. All the legs have to touch the ground at the same time, or the table will tip over. With treatment, we have to hit all issues with medication and psychotherapy simultaneously, or our client may not get better but worse.

Treating the ADHD side of the equation allows a client to be more active in and present for their trauma treatment. Using behavioral therapy to create routines and reduce vulnerabilities improves both disorders. Treating ADHD can also reduce sleep difficulties associated with PTSD. Assessing for and treating both disorders is the most effective approach to managing these life-altering diagnoses.