The 7 Types of ADD according to Dr Amen 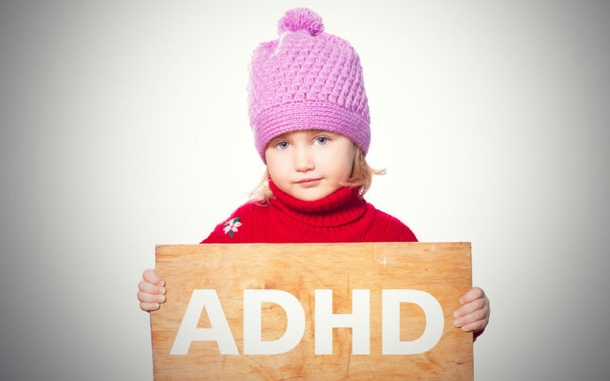 At a glance, research by Dr. Daniel Amen shows that ADHD is not a single or simple condition. There are seven distinct types of ADHD, each one requiring a particular treatment. Amen’s studies show that when the type of ADHD is treated properly, the results are effective

ADHD is not a one-size-fits-all diagnosis, and no one knows that better than Dr. Daniel G. Amen. Amen, a psychiatrist and brain imaging specialist, who has been studying ADHD for more than two decades, and what he’s learned is challenging conventional wisdom about the condition that affects 5 to 10% of the population. Some describe his findings as ground-breaking, while others are more skeptical. Either way, Amen has captured the attention of experts and parents alike.

Using diagnostic techniques, including non-invasive SPECT scans to study blood flow and brain activity patterns, Amen has found that attention deficit issues are more complex than previously thought; and that, in fact, there are seven different types of ADHD, each with its own symptoms and treatment options.

Amen’s work shows that when treatment is targeted to the type of ADHD that a person has, the results can be impressive.

Before-and-after imaging indicates that effective treatments can improve brain function dramatically, not by making ADHD sufferers into different people, but by removing barriers that prevent them from being the people they already are. Amen believes that it is often possible to change the course of a person’s life by giving them the proper treatments.

Amen lays out his research in his best-selling book, Healing ADD: The Breakthrough Program That Allows You to See and Heal the 7 Types of ADD. The book explores how ADHD impacts many areas of the brain and the three neurotransmitters: dopamine, serotonin, and GABA.

The affected brain areas are the prefrontal cortex and cerebellum, which control executive functions of concentration, attention span, judgment, organization, planning and impulse control; the anterior cingulate, which helps the brain shift gears and detect errors; the temporal lobes, which involve memory, learning, emotional reactions, mood stability and visual processing; the basal ganglia, large structures deep in the brain that help produce the neurotransmitter dopamine; and the limbic system, which sets emotional tone and bonding.

Following is a summary of Amen’s 7 types of ADD along with his proposals for treatment.

1. Classic ADD
Symptoms: Inattentive, distractible, hyperactive, disorganized and impulsive. Normal brain activity at rest; decreased brain activity during concentrated tasks.
Cause: Dopamine deficiency; decreased blood flow in prefrontal cortex and cerebellum, as well as basal ganglia, which helps produce dopamine.
Treatment: Stimulant medications, such as Ritalin, Adderall, Vyvance or Concerta, or stimulating supplements, such as rhodiola, green tea, ginseng, as well as the amino acid L-tyrosine, which is a building block of dopamine; extra physical activity; fish oil that is higher in EPA than in DHA.

2. Inattentive ADD
Symptoms: Short attention span, distractible, disorganized, procrastinates, may daydream and be introverted; not hyperactive or impulsive; impacts girls as much or more than boys.
Cause: Dopamine deficiency; low activity in the prefrontal cortex.
Treatment: Stimulant medications, such as Adderall, Vyvance or Concerta, or stimulating supplements, such as amino acid L-tyrosine; high-protein, lower-carbohydrate diet; regular exercise.

4. Temporal Lobe ADD
Symptoms: Core symptoms of Classic ADD, as well as learning, memory, and behavioral problems, such as quick anger, aggression, and mild paranoia.
Cause: Abnormalities in the temporal lobe; decreased activity in prefrontal cortex.
Treatment: Amino acid GABA (gamma-aminobutryic acid) to calm neural activity and inhibit nerve cells from over-firing or firing erratically; magnesium to help with anxiety and irritability; anti-convulsant medications to help with mood stability; gingko or vinpocetine to help with learning and memory problems.

5. Limbic ADD
Symptoms: Core symptoms of Classic ADD, as well as chronic low-level sadness (not depression): moodiness, low energy, frequent feelings of helplessness or excessive guilt, and chronic low self-esteem.
Cause: Too much activity in the limbic part of the brain (the mood control center); decreased prefrontal cortex activity, whether concentrating on a task or at rest.
Treatment: Supplements DL-phenylalanine (DLPA), L-tryosine, and SAMe (s-adenosyl-methionine); anti-depressants Wellbutrin or Imipramine; exercise; fish oil and diet modifications.

6. Ring of Fire ADD (“ADD plus”)
Symptoms: Sensitivity to noise, light, touch; periods of mean, nasty behavior; unpredictable behavior; speaking fast; anxiety and fearfulness.
Cause: A ring of hyperactivity around the brain (the entire brain is overactive, with too much activity across the cerebral cortex and other areas).
Treatment: Stimulants alone may make symptoms worse. Begin with an elimination diet. If an allergy is suspected, neurotransmitters GABA and serotonin are boosted through supplements, such as GABA, 5-HTP, and L-tyrosine, and medication, if necessary. For medications, begin with anticonvulsants and the blood pressure drugs guanfacine and clonidine, which calm overall hyperactivity.

7. Anxious ADD
Symptoms: Core symptoms of Classic ADD, as well as being anxious and tense, having physical stress symptoms like headaches and stomachaches, predicting the worst, freezing in anxiety-provoking situations, especially if being judged.
Cause: High activity in basil ganglia (the opposite of most types of ADD, where there is low activity).
Treatment: Promote relaxation and increase dopamine and GABA levels. ADD stimulants, taken alone make patients more anxious. Begin with a range of “calming” supplements, such as L-theanine, relora, magnesium, and holy basil. Tricyclic antidepressants Imipramine or Desipramine to lower anxiety, depending on the individual. Neurofeedback to decrease symptoms of anxiety, especially to calm the prefrontal cortex.

The information in this article comes from Dr. Daniel G. Amen’s book Healing ADD: The Breakthrough Program That Allows You to See and Heal the 7 Types of ADD (Penguin Group, 2013), and an article in ADDitude Magazine, The Seven Types of ADD – and How to Treat Each One.