Why Autism remains hidden in Africa 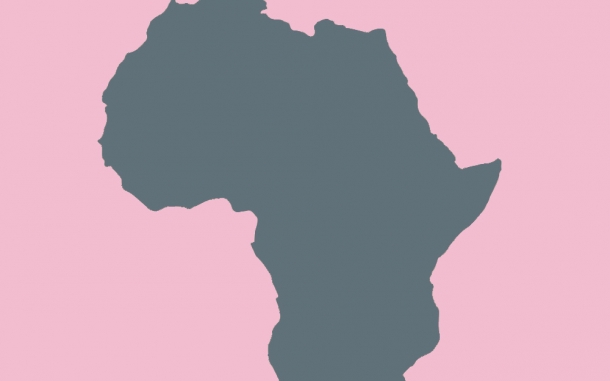 The 8-year-old girl’s head drooped like a wilted flower as she sat slumped in a wooden chair in her neighbour’s kitchen. Her wrists were swollen from the dingy white shoelace that bound them behind her back. The girl’s mother, Aberu Demas, wept as she untied her child.

Earlier that day, Demas had arrived unannounced at the Joy Center for Autism in Addis Ababa, Ethiopia. A single mother living on the outskirts of town, Demas didn’t know what autism was or if her daughter, Fekerte, had it, but she was desperate for help. Fekerte could not speak or feed herself, and Demas had no family or friends to look after the girl when she needed to work or run errands. Afraid that Fekerte would wander off and drown in the river behind the houses, Demas felt she had no choice but to tie her up.

It had taken Demas about an hour to get to the center by bus. And because she didn’t have an appointment, she had to wait about three hours until Zemi Yenus, the center’s founder, could see her. The center was at maximum capacity, so when they finally met, Yenus told Demas she could only put Fekerte on the waiting list. Demas began to cry, and confessed that she had left her daughter tied up and alone.

Yenus did a quick calculation: By the time Demas got home, Fekerte would have been restrained for at least six hours, with no food, water or bathroom breaks. That was the end of the meeting: Yenus immediately drove Demas home to free Fekerte, and reassured the woman that she would make room for the girl at her school. Fekerte wasn’t the first child Yenus had seen in that state — or the last.

In the 10 years since then, Yenus says she has encountered hundreds of children locked away or tied up — although the situation has improved slightly. Like Demas, many parents resort to these extreme measures because they have no other choice. Others hide their children, fearing stigma, which is pervasive in many parts of Africa and casts disabilities as the sign of a curse or possession by a spirit.

Many children with autism across Africa stay out of sight for another reason: Few clinicians have the skills or experience to identify the condition, if they are even aware that it exists. In all of Ethiopia, with its roughly 100 million inhabitants, there are about 60 psychiatrists, and only one who specializes in child psychiatry. Only two public clinics provide child mental health services, and both are located in Addis Ababa, where a small fraction of the population lives (a scant 15 percent of Ethiopians live in cities). In 2015, there were about 50 child and adolescent psychiatrists for the 1 billion or so inhabitants of sub-Saharan Africa.

Yenus, whose adult son was diagnosed with autism in England, is a beautician by training, but she has made informal diagnoses for many children in her care, including Fekerte. She founded the Joy Center, the first of its kind in Ethiopia, in 2002. She and other parents of children with autism have spent the past 20 years or so trying to raise awareness of autism in Africa. With little guidance available to them, they have also resorted to creating their own treatments to help children on the spectrum learn to communicate and master basic skills. None of these homegrown therapies have been validated, but these families simply cannot afford to wait. “I’m not saying we don’t need that, but that’s not what we need right now,” Yenus says. “What I need is to free more children, educate parents and other educators.”

The help these families need has been slow to come, but researchers are beginning to pick up the pace. Some are tailoring diagnostic methods and treatments for African populations and devising ways to reach rural communities faster. In September, the International Society for Autism Research held a meeting in South Africa — the first of its kind on the continent — to highlight research there. Around 300 researchers, therapists and family members from more than 25 countries, mostly African, met for the first time at the three-day event. “My hope is that this will not be a one-off event, but the start of an ongoing process of building networks and connections within Africa,” says conference co-organizer Petrus de Vries, Sue Struengmann Professor of Child and Adolescent Psychiatry at the University of Cape Town. Even the wealthiest parts of Africa have a long road ahead, however. “What we have here [in Cape Town] may probably be as good as it gets in Africa,” de Vries says. “And yet our services for people with autism are almost nonexistent.”
Original article