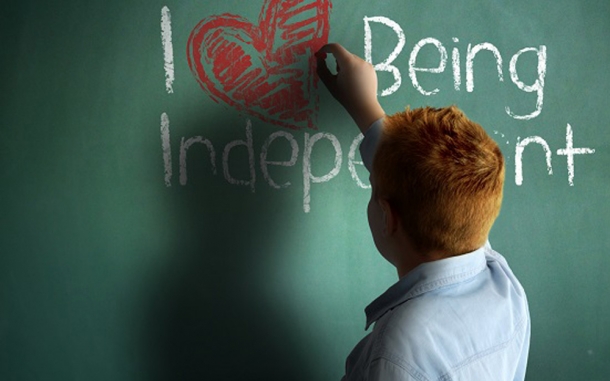 When a child turns eighteen, many parents recognize and accept that their child is now legally an adult, capable of making decisions independent of parental control. But for parents of children with a disability, this milestone is not so easily embraced. Typically, parents of disabled young adults have spent the past 18 years dominating the decision-making process. Often, this direct guidance is the only way to achieve even a small measure of success for both the parents and the child. But once that child enters adulthood, it’s often difficult for a parent to let go.

Although a goal of independence may be unrealistic for children with significant cognitive and motor disabilities, turning eighteen leads to a perplexing crossroads for the higher functioning disabled child. Similarly, many of their parents, who have spent nearly two decades navigating the murky special education system, investigating expensive medical options, and slogging through awkward social interactions on behalf of their son or daughter, discover it is particularly hard to change their own over-protective tendencies.
For some, stopping the rescuing behaviour they have honed through the years comes as an unexpected turn in the road. They must face the reality that if they continue taking charge, their adult child may never see past the parental lead.

Experts in the field emphasize that finding the right level of independence depends on the clinical realities of the individual’s disability.

Taking off the training wheels

In response to parental uneasiness, Dr. Roth counsels parents to take a closer look at themselves.

“It’s time to take off the training wheels,” he says, “If you’re in a micro-managing mode, it’s time to back off.” Dr. Roth tells the parents to, “let the kids feel empowered by their adulthood rather than a dependency on the parents. Allow them to make mistakes - because they will - and then to become the problem solver.”

Roth claims the danger of continuing the rescue behaviour is that it infantilizes the adult child. He suggests that allowing failure teaches these young adults to accept responsibility for their actions. However, many of their parents, hardwired to protect their offspring, still struggle with this risky new arrangement.
One mother had this to say: “I’ve always been my son’s advocate, his supporter. How do I let go of my dependency on his dependency on me?”

It’s a good question. One father’s solution was a summer of early preparation for his son. After months of directing his nineteen-year-old on how to open canned goods, boil water for pasta, shave himself, do his own laundry, and use the internet, Bruce F. of McLean, Virginia, was feeling reasonably confident about his son’s upcoming move to a group home.

“I felt David was ready for the opportunity to succeed or fail on his own,” says Bruce.
Of course, as all parents know, children don’t always play by the rules, and his son’s first email home gave him pause:
“Hey, I was just wondering how I can get hot water for my oatmeal if I eat it. Because the sink water doesn’t work.” - David
“Well, at least he figured out the Internet,” says Dad.

How can these anxious parents see their children as self-sufficient grown-ups? Roth suggests twice-weekly phone contact with the adult child is “plenty.” “When you’re not hearing from them, it’s probably a good thing,” he says.

Roth advises parents to remember that their children are now adults who are motivated to move into a new stage of life thanks to new social relationships. In a new setting, “they can reinvent themselves,” he says. “Parents need to let go and trust that these new relationship will take hold.”

But speaking to your special needs son or daughter only twice a week? With thirty five years in education behind him, Roth claims, “What we’re asking them to do here builds a sense of industriousness. Our goal is to get them not to need us. There are risks. But there is also the possibility of their becoming the person they were meant to be.”

5 Tips For Parents On How To Let Go:

Step out of the micro-managing mould.
Build a sense of industriousness in your adult child.
Stop your own rescuing behaviour.
Allow them to become the problem solver.
Remember they are now adults.