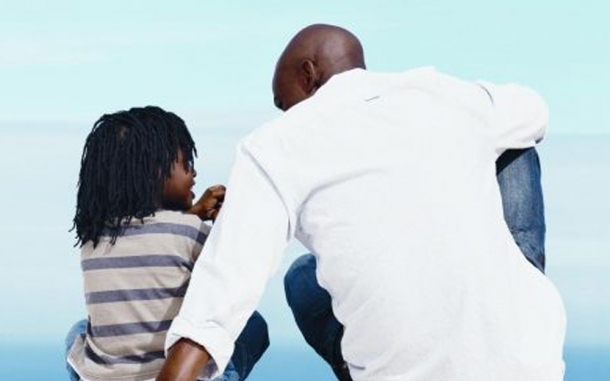 Like far too many African Americans, I grew up without a father in my home, and I have yet to meet him. So when my wife became pregnant, I was excited to be a different, better kind of father. Once we were informed that the child would be a boy, my wife immediately said, “We need to name him Damian Jr. after his daddy.” This child was to be a legacy builder.

Everything leading up to the delivery was perfect. We had no idea of what was about to take place. We arrived at the hospital with the highest hopes of meeting this little guy, the one who we had been talking to, praying for, and bonding with. In the delivery room, we watched the nursing staff grow increasingly anxious as they quickly entered and exited.

We were told that they had to get Damian Jr. out quickly as his oxygen level was dropping. By the time I was in the surgery room, my wife was already cut open, and they were pulling our son out. He was blue, and that is hard for a black kid! I watched, slack jawed, as they resuscitated him. This lasted about a minute, but it seemed like hours. My son opened his eyes as they rolled him passed us, but it would be some time before we would see his eyes again.

The next morning we discovered the harsh reality. Damian Jr. had a global brain injury and was not given much hope for survival. As a pastor, I am supposed to have words for moments like this. The truth is that I had nothing but tears and prayers.

My wife just had major surgery, so it was time for me to step up. For the first few days, I was the one at Damian’s side. For newborns, skin-to-skin contact is necessary, so it was Damian Jr. and daddy. I would sing and pray and rock my son, who had tubes and sensors connected all over his little body. His father was his everything.

I found myself having to be his defender as some doctors were pretty much giving up on him. They assumed that we blindly believed something that would never happen. As people of faith, we understood what they were telling us, we just didn’t agree about the outcome. Indeed, it was time to become a defender of my family.

Most hospitals focus on the mother as the main person with whom to communicate. Because my wife was recovering, I made the medical staff call me. I wanted to know everything that was happening. If Damian Jr. made any improvements or setbacks, I would be the first to know. I was the first line of defense-his first line of defense.

I realized that I couldn’t determine what progress he would make, but I could hope for the best and pray that God would perform a miracle. And that is exactly what we saw, day by day. We never gave up on our son, and he kept fighting.

Cerebral palsy, seizure disorder, developmental delay, and so many more diagnoses would be in our future. While those early days made me a father, they also made a man out of me. Although my own fatherlessness has left more scars than I can count, I was determined my son would not feel that pain.

Times still get hard, but I remember the lessons I learned in those first 26 days of Damian’s life, and I continue to fight for my family. That is what a husband, a father, and a man does!