It Will Get Better 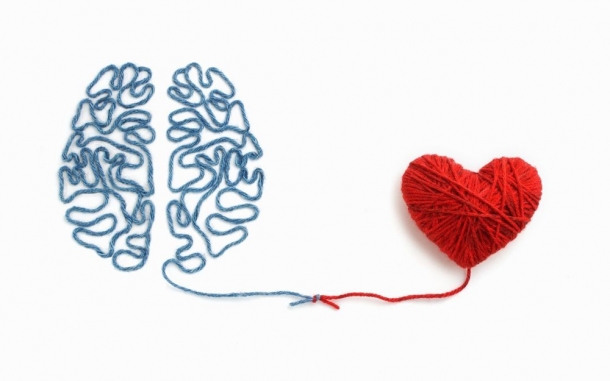 Before I ever got a diagnosis of any sort for my son Gabriel, I think everyone I knew had told me some version of the line, “It will get better”. I knew they all meant well, but I wasn’t dealing with your run-of-the-mill toddler tantrums with Gabe. Not even close. My son had meltdowns. Big, long, scary and excruciatingly loud, meltdowns. Gabe would cry for hours on end, for no apparent reason and crashed into walls for fun; this wasn’t typical development in my book, and I couldn’t understand why people were so quick to dismiss it with any of the old standbys (“He’s just a boy” or “He’ll grow out of it” or the non-committal, “It will get better”). How could people think that it would just get better? I wanted to believe them, I really wanted to, but I had lived with the “out of sync” behaviour for years, with no sign of it letting up, so I wasn’t convinced that my son would just magically “get better” one day.

When Gabriel’s diagnosis came in at age 4 as Sensory Processing Disorder, I was so relieved that I finally knew what was going on, that I steamed forward – full speed – through OT and implementing a sensory diet at home and school without so much as taking a breath. If that was what my son needed then that was what I would do for him.

After all, this is what would finally make things “get better”‘, right?

But you know what? It wasn’t easy and it didn’t just “get better” as quickly as I was hoping. I was tired of being told by family, friends and therapists that things would “get better”. Did these people really understand what I went through every single day? Did they understand how upset my son was over the smallest things? How hard school was for him? How hard having play dates was? How difficult it appeared for him to enjoy the simplest pleasures of being a child? If things were really going to get better, could they PLEASE hurry?

Then one day, about a year after Gabriel’s diagnosis, I was just exhausted – the kind of exhausted that only a special needs mom can relate to. This particular day was not really all that different from the hundreds before it; Gabriel, at almost 5 years old, was having the umpteenth meltdown of the day over some perceived infraction on the part his two year old brother, Nick, who sat statue still watching him yell and throw things while I held my 3 month old tightly to my chest shushing and pacing with him because he hates loud noises. That was my breaking point. I needed things to “get better” and I needed them to do so immediately.

I flashed on meeting a fellow SPD mom at the OT’s office the week before and decided I needed to talk to someone who understood my life in a very real way and could provide testimony that the elusive “it gets better” truly existed.

I riffled through my purse in the garage to find her name and phone number scribbled on the back of a deposit slip. She said I could call her any time. What did I have to lose? I dialed the number and was beyond relieved when she answered the phone. We ended up talking for over an hour – OK, I did most of the talking and all of the crying, but it felt great. At the end of the conversation, she quieted her voice, and in a tone so genuine and true, calmly said, “Keep doing what you are doing; it gets better.” And I actually believed her.

I believed that if she had survived this journey of Sensory Processing Disorder that somehow, some way, I would too. That my life wouldn’t always be chaos and meltdowns, that somewhere in my future there would be a family meal that we all sat through (not to mention ate), that there would be fun family vacations and maybe even a day I didn’t plan down to the minute. I was optimistic.

As shocking as it is, she turned out to be right. Today Gabriel is 9 years old. He self regulates and self advocates at school, he pushes on the walls without being told, he willingly takes the trash out for heavy work, and often volunteers to take “quiet” time when he is overwhelmed – both at home and at school. He has an arsenal of chew toys and fidgets to keep him focused and calm him when needed. And perhaps most impressive, Gabriel has generalized those skills and can choose to do virtually anything he wants – wear special clothing for special occasions, including “cleats” for football and a tie for holidays. He can tolerate gel in his hair for ‘crazy hair day’ and wear makeup on his face for Halloween. He can attend a jump party without covering his ears and even takes his heavy blanket with him to the movie theater, ‘just in case’ he needs it. Trust me when I say that this is LEAPS and BOUNDS from where we were just a few short years ago.

So today, as many of you are reading this, and are probably living that same sense of crisis between diagnosis and “It gets better”, I want to assure you that your dedication to your child’s sensory diet, to their continued therapy appointments and to all of the millions of things you do every day to help teach your child to live in this often overwhelming sensory world of ours, will pay off, in spades. Or to put it simply: It will get better.

HARTLEY STEINER lives in the Seattle area with her husband Jeff and their three sons: Gabriel, Nicholas and Matthew. After taking placement of her oldest son Gabriel in 2002, the adoption process was finalized at last in 2005 completing her family. Gabriel struggles with Sensory Processing Disorder, High Functioning Autism, Bipolar and Learning Disabilities. His adoption opened a new chapter in Hartley’s life leading her to become a dedicated advocate for all children with special needs. Hartley is the author of This is Gabriel Making Sense of School, a contributing writer at Grown In My Heart, and even squeezes in organizing a local support group for families with Autism near her home. Hartley also chronicles the never ending chaos that is her life on the blog Hartley’s Life With 3 Boys and started the SPD Blogger Network. When she isn’t writing, or dealing with a meltdown, she enjoys spending time in the company of other adults preferably with good food and even better wine. You can follow Hartley on Twitter: ParentingSPD.