When your Child won't Eat - not even Ice Cream 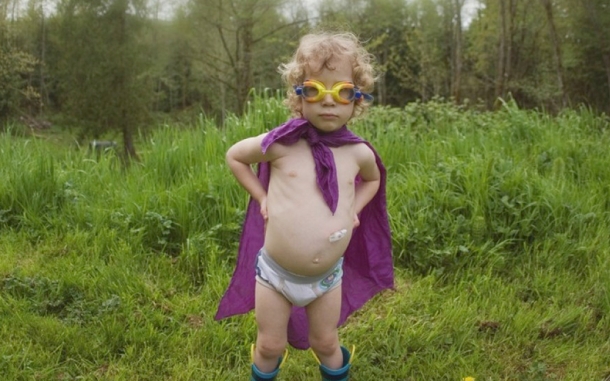 Perhaps it was after a year of being covered in vomit an average of four times a day that I realized my life is not exactly normal. You might think having to feed your child via g-tube would be blunt enough to shock you into reality, but no. I think sometimes parents are great optimists, hoping that “this too will pass” and someday “we will overcome.” Three and a half years later, my son still is not eating and we have run out of specialists who even pretend to know what we are facing and how to address it.

Looking at my son, you may not immediately realize that he has had so many medical challenges and surgeries. Clothes cover a lot. So does cuteness. He has exceptional features, a kind of glowy strawberry-blond hair, and thoughtful eyes that belie the perseverative behaviours and constant anxiety he faces.

This “attractive bias” is found even in my own friends and family who at times seem to forget the struggles he faces. Their casual comments, “oh, right. I forgot he was still on a g-tube” isolate me and leave the difficulties of hooking him up to a feeding pump every day unacknowledged. It is so easy to assume that even people with special needs (especially if they don’t have any obvious, external assistive equipment) can at least eat, breathe and sleep. My son, Ethan, does not choose to eat and has been on a prolonged hunger strike since he turned one.

The amount of well-intentioned but uninformed advice sometimes makes me sarcastic. I cannot tell you how many times after telling someone that Ethan does not eat any food they have exclaimed –“not even ice cream?” in scandalized tones. When explaining that Ethan has sensory issues that complicate chewing and swallowing, some rocket-science genius suggested we try chewing gum. Why hadn’t I (and the team of feeding specialists) thought of that?? I contemplated sitting on Ethan for an hour trying to pry his mouth open. Not.

My husband and I walk into restaurants with Ethan and blithely order only two meals for ourselves. When the waiter suggests a child’s menu, it is often difficult to explain that he does not eat. Often we do takeout, to avoid the stares if he starts screaming or banging on the table. Often we have been offered treats such as cookies for Ethan who barely glances at the offered food. To avoid controversy, I mumble thanks and quickly stuff the food in my bag knowing he will never look at it, let alone touch it. Once a cashier at a Thai restaurant insisted Ethan sample something she was offering. I tried to explain that he did not eat, but perhaps a slight language barrier led to confusion. I finally lifted his shirt to indicate his g-tube and the shocked look on the woman’s face made me hurriedly exit the restaurant to relieve her discomfort. Though I felt badly, I giggled wickedly the whole way home.