How to Help Your Special Needs Kid Find Real Friends 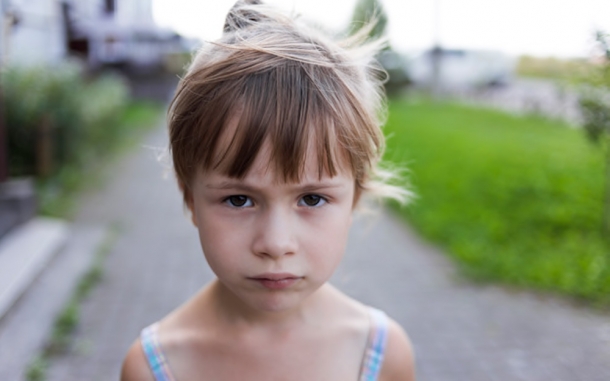 Ask any special needs parent what their number one concern for their child is (after their safety and well-being of course), and most will answer with “I want them to have friends. Real friends that like them for who they are.”

And we wonder, “Do they have peers who enjoy their company and appreciate them for who they are?”

“Do they have friends who are kind to them behind their back and would stand up for them if need be?”

“And for the love of everything, can they please get invited to a birthday party?”

Because after all the IEPs and doctor appointments, we just want our child to enjoy a moment of “normal.” To have someone to play with. To have friends.

My daughter Addison has low-vision and poor depth perception.

But we were so focused on her not falling behind academically, we forgot about the ways her low-vision affects her social skills and her friendships.

And because of that, she has always struggled to find and keep meaningful friendships.

How Special Needs Has Made Finding Friends More Challenging

Our daughter is thriving in school. Everywhere except the playground.

First of all, Addison doesn’t see kids wave, so she doesn’t wave back.

People smile and she doesn’t smile back. Simply because she has no clue they’re standing right there.

The kids think she’s being rude, but she doesn’t know who she walked by.

So as we walk with her on campus, we point out the bumps and steps, but we also point out her friends and classmates: “Two steps up and Gwen’s on your right in a pink shirt.”

Addison also can’t find her friends on the playground because it’s such a big yard and she can only see about 20-30 feet around her.

When the bell rings and the kids scatter to play, she has no clue where they’ve gone to.

She often plays by herself, wanders the yard, or goes into the library.

And since she’s alone, she is often targeted by bullies.

And we can chalk it up to the fact that she’s an introvert and prefers being alone.

Which she sometimes does.

But when she comes home every day with the announcement that she played by herself, or that she cried at school, my heart breaks for her.

I ache for Addison to tell me she has a real friend who is desperate to spend more time with her.

So this year we instituted Operation Playdate.

If she wants a playdate, I book it.

If I meet a mom, I get her phone number to book a playdate.

If she meets a new friend, we book a playdate.

I happily host, take her places, sit on park benches, and make small talk with other moms.

Whatever it takes, I’m in.

This little girl has caused trouble for other girls she was “friends” with and I just wanted to stay clear. I need less drama in my life. Especially less 7-year-old-girl drama.

And this girl-let’s call her Sonja -has some special needs. Which is not a problem in and of itself.

But I’ve always surrounded my daughter with her “typical” peers who can model appropriate behaviours. I wasn’t exactly excited that Addison would be the one with the better social skills.

But my daughter begged and pleaded. And although I dragged my feet for about a week, I finally gave in and booked the playdate. As soon as I hung up the phone, I was already dreading it.

It was my husband who put the whole issue into perspective for me. He pointed out that maybe, just maybe, kids with special needs subconsciously gravitate towards each other.
Maybe they need each other because they know what it’s like to feel left out, snubbed or even bullied.

And they definitely know what it feels like to not be someone’s best friend.

The Playdate I Didn’t Want.

And so we had our dreaded playdate.

I made small talk with the mom. The girls played dolls and drew pictures and created a fashion show that we were required to attend. And it was lovely. My daughter had a great time and so did Sonja.

But then that was it. No requests for more playdates. No willingness to play at break time.

And my daughter was heartbroken again. She came home with stories of “She won’t be my friend anymore” and “She won’t play with me.”

I wished with all my heart that I could take this hurt away from her.

And yet, I also know that this is a normal part of growing up—especially for little girls.

It’s my job to help her navigate the world of social dilemmas, hurt feelings and “mean girls” on the playground.

Because one day, those mean girls will grow up and become her mean co-workers and she’s going to have to know how to deal with them.

And be able to get through it without curling into a ball.

So, we talked about her hurt feelings and how crummy it feels to be left out and lonely. I reassured her that it’s okay to do things on her own. And it’s okay to be sad about it.

And we’ve continued our quest to find her friends.

We planned out what she could do at recess instead of being alone.

We practiced asking other girls if she could join them.

We figure out who she was going to ask to play with on the ride to school every morning.

And we’ve continued on with Operation Playdate.

Finding her a good friend is more than just finding her someone to play with on the school fields.

It’s about helping her connect with others.

Helping her realize that there are peers in her life who care about her.

Getting her to have more moments of “normal.”

And it helps bully-proof her.

So, our friend hunt continues.

Until yesterday, when she and Sonja came skipping up to me after school and Addison gleefully announced, “Sonja’s my friend again. Can we have a playdate?”

I took a deep breath and answered the only way I could.

Yes.
The answer will always be yes.